What I expect of an administrator - Ministry Magazine

What I expect of an administrator

What I expect of an administrator

Lawrence G. Downing is pastor of the Green Lake Seventh-day Adventist church, Seattle, Washington. In the April issue a conference administrator will be writing on the topic "What I Expect of a Pastor."

As a pastor I have two major expectations of a conference administrator: first, that he is effective, and second, that he is fair. The job of an administrator is to get things done. He may be well-intentioned and of excellent character, but if he is not effective in the job he is hired to do, he should not occupy that position. But in doing the job, even well, he must be fair. If he is inconsistent, unreasonable, shows partiality, or acts in his own self-interest, he is violating the fairness rule and should vacate his position.

While I consider these two traits as the most important for administrators, I have other expectations that I feel are important to the process of management.

A basic spiritual requirement for church administrative personnel, of course, is an understanding and acceptance of the Christian faith and an experience that continues to grow and mature. Becoming caught up in the routine of everyday duties is no less a temptation for the professional Christian administrator than it is for any other Christian.

I expect an administrator to be a genuine, honest, vulnerable person who is willing to risk himself and lead out in a process that tends to develop wise, capable, effective leadership in the church. Rather than managing by coercion or subtleties that are unstated but well understood by the hearer, I expect a conference executive to be straightforward in what he expects and to be intentional toward his job. He is responsible for encouraging a creative, accepting atmosphere in which we pastors can feel welcome to develop our gifts and expertise in areas we are drawn to or believe the church needs. One of the most important responsibilities an administrator has is to establish the atmosphere in which his colleagues operate. A manager can create an atmosphere of joy, trust, collegiality, and support, or he can develop an atmosphere that promotes fear, mistrust, rivalry, intimidation, and hurt. Establishing a particular management climate, a modus operandi, although difficult, may be the most effective thing an administrator does. Such an expectation is fulfilled not so much by doing as by encouraging others to do, and by learning ways that promote understanding, trust, and mutual respect. Administrators can do much to remove the jealousy, territorialism, and parochialism that is found in the pastorate.

I expect administrators to learn management skills. Peter Drucker, in The Effective Executive, argues that management skills can be learned. Wisdom, intelligence, and common sense may not be as easily acquired, but it is possible to learn the techniques that make effective managers. One area where skills are particularly useful is in person-to-person relationships. It is possible to learn listening skills and the methodology for turning a conflict into a positive situation, to be sensitive to others, to be compassionate, and ethical. Because approaches to management are continually changing, constant updating is essential.

Another part of the task confronting the conference administrator relates to church planning. I expect him to see the big picture that helps in the establishment of long-range goals. I expect him to provide counsel in finding and implementing the mechanisms and the personnel to meet future needs. Our church has frequently been more adept at meeting institutional needs than in putting together creative, effective methods for meeting human needs. Sensitive people with administrative skills have worth beyond measure. Some have suggested that we may have limited our horizons by adopting a conserving, holding, protecting mentality and have loaded the administrative process with a morality all its own. Administrators could perhaps remind themselves—and us—that polity is not religion but a means by which to get things done. It can be changed as needs and situations warrant.

When crises or unnerving circumstances arise, I expect administrators to provide stability, useful advice, calm assurance, and realistic possibilities for easing tensions. This is especially true when the difficulty exists in a local congregation. Rather than automatically moving a pastor when conflict arises, effective administrators, I believe, will seek to provide a workable process that will attempt to satisfy the problem. Both the pastor and the congregation can learn from these experiences, and long-term, more effective pastorates will result. Presently the policy seems to be to move a pastor when too many complaints come into the office. This is easier, perhaps, than determining the problem and seeking solutions. However, the cost both in human relationships and in dollars is high. We have made the moving business prosperous by transferring our problems rather than solving them.

I expect a conference administrator to examine and appraise realistically the changes facing the Seventh-day Adventist Church. I expect him to be a student of contemporary Christianity and to anticipate the shape of the church in the twenty-first century. Conference personnel must begin studying current trends and determining how such trends will affect our church. They must begin making plans to meet the needs and wishes of those who are now, or who will be, occupying the church pews. Reacting to situations is much less desirable than proposing possibilities that defuse potential problems before they arise. We need more proposers, or conceptualizers, than are currently visible. The people who make it their job to think about what needs to be done may well prove themselves more valuable than troubleshooters. Men and women who act responsibly and reasonably, using their energies and creativity to design and implement new policies and organizational structure, may well be the people of the future. I expect an administrator to prize and reward such persons, not shunt them off to work in some peripheral area of the church.

I expect elected officials of the conference to give first priority to the work at hand. This may require removing themselves from the endless hours spent chairing boards that others could, and should, chair (including perhaps the conference executive committee). At present, an inordinate amount of time is spent by conference personnel in caring for institutional needs. Conference presidents run from one end of the country to the other attending innumerable boards, study committees, and subcommittees in an attempt to solve other people's problems. A change in priority would allow administrators to spend more time with the people they have been elected to serve. The immediate problems facing us in the pastorate are sufficient in themselves to occupy the full attention of our administrators: the differing needs of small and large churches, clergy burnout, clergy brain-drain, development of specialized skills, loss of Adventist professionals and intellectuals, development of long-term pastorates rather than a series of interim pastors.

I expect conference administrators to see pastors as peers who are going about the same business. (Pastors need to view administrators in the same light.) Can we learn to be open and trusting among ourselves? Can we create such an openness that a pastor who wishes to enter another phase of church work can feel free to explore his wishes with his colleagues, and not risk abandonment or censure if he overtly expresses his hopes? I think so. We can begin to minister and care for one another. This in itself is an unexplored area in ministry that is especially pertinent within the context of the caring church concept. We do caring rather than talk caring, and it can begin with us! Why have we established and encouraged a situation in which capable men are not given the freedom to express their desire to attempt new challenges? Why have we preferred using subtle procedures to advance—procedures that appear accidental but that have been carefully orchestrated—when a direct approach has much better possibilities? Could we not study the development of a central computer file to which pastors could submit their interests and certifications? When an opening develops, the computer could indicate those who have expressed interest in a geographic area or who possess a particular skill. We can learn to encourage excellence and affirm those who express interest in large churches or small churches or who have an interest in entering administrative positions or other specialized ministries.

I don't expect an administrator to tell me how to do my job. I expect him, instead, to create an atmosphere that encourages me to do my best and to make available resources that will help me in my desire to be an effective pastor. My goal as a pastor is to have excellence in ministry, and an administrator's desire to aid me in achieving that excellence should be a complementary goal.

One final expectation. Those who are in administrative ministry ought to reenter the pastoral ministry on a specific schedule. If an administrator could serve no more than two successive elected terms before serving an intervening term in a parish ministry, the church, in my opinion, would be stronger. Society changes so rapidly that one who is not directly in touch with what he is attempting to administer soon loses perspective. Such a policy would provide a commonly accepted method for recycling administrators back to the parish without the appearance of failure. It would also affirm that this person is called to serve people and the church.

I believe that these expectations are not only reasonable but achievable. Indeed, I believe it is imperative that most of them be realized if we are to have an effective organization that will attract thinking men and women in today's world. 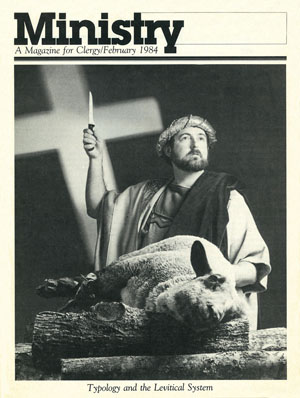