Book review: Perceptions of the Protestant Reformation in Seventh-day Adventism

Perceptions of the Protestant Reformation in Seventh-day Adventism

Perceptions of the Protestant Reformation in Seventh-day Adventism is one book that draws the attention of Adventists. Edited by Rolf Pöhler, professor of Systematic Theology at Friedensau Adventist University, the book brings together notable contributions from a team of Adventist scholars along with one non-Adventist scholar.

The book’s main burden is, How have Seventh-day Adventists perceived the Protestant Reformation in the past, and how do they see their relation to it today? (7). According to Pöhler, this is a timely question and is well demonstrated by using three parts to answer the question. Two introductory essays, one by Stefan Höschele (13–29) and one by Nicholas Miller (31–46), examine how Adventists have understood the concepts of “Protestantism” and “Reform” as well as how the works of some Reformers influenced distinctly Adventist beliefs, such as the great controversy motif and the sanctuary doctrine.

The first part of the book then addresses Martin Luther from the Adventist perspective. Essay authors consider how the Adventist Church cofounder Ellen White understood and portrayed the life of Martin Luther and how Luther’s eschatology was received. They explore differences in perceptions of the antichrist and the principle of sola Scriptura (99–135). Authors also sought to offer new perspectives on Reformation studies in relation to Adventism. For instance, Daniel Heinz argues perceptively that Luther’s end-time orientation “makes him a true” Adventist. While this may be considered an overstatement by others, Heinz bemoans the fact that Christians, especially Adventists who call themselves the heirs of the Reformation, have not given more attention to Luther’s eschatological worldview (77). Instead, they have focused more on the historical battle between the Reformer and Rome as well his theological interpretation of the pope as antichrist.

Perspectives of the Magisterial and Radical Reformation constitute the second part of this book. In this section, contributors portrayed how these traditions influenced ecclesiology (i.e., the Lord’s Supper, liturgy, and church governance), soteriology, hamartiology, religious freedom, and social engagement of Seventh-day Adventists.

The essay of Charles Scriven (239–249), which focuses on James William McClendon, a systematic thinker for Neo-Anabaptism, explored four leverage points for renewal and transformation in Adventism. Scriven argues that McClendon’s corrective or transformational understanding of theology and his practical understanding of doctrine demonstrate that doctrine is both content and practice. If rightly conceived, it aids community (church) transformation.

The last part of Perceptions of the Protestant Reformation in Seventh-day Adventism is an apt portrayal of the impact of the Reformation on Adventism using historical case studies. Woodrow Whidden’s exposition (253–262) on the 1888 Minneapolis Conference draws readers’ attention to the role of Ellen and James White’s predilections of sola Christus and sola Scriptura. Johannes Hartlapp (263–286) explored Ludwig Richard Conradi’s one-sided understanding of Luther’s Reformation, which focused exclusively on the biblical prophecies of Daniel and Revelation in addition to the perspective of Sabbath observance rather than on the core concepts of sola gratia, sola fide, or sola Christus.

Gilbert Valentine (287–309) demonstrates how the perceptions of the sixteenth-century reformers and the forensic emphasis on justification provoked and shaped the debates of the meaning of righteousness by faith that rocked Adventism from 1960 to 1978. Finally, Pöhler’s concluding essay and pastoral reflection (311–318) asks whether Adventists are the “Heirs of the Reformation.” The answer according to Pöhler is a straightforward yes. “However, upon closer examination, additional questions arise that cannot be answered as easily by a simple Yes or No” (312). Why? The reason is that Adventists have not adopted everything the Reformers believed or taught. Take, for example, the teaching on eternal hellfire and the practice of infant baptism.

Hence Pöhler thinks a reformulation of the question will make more sense: “Are Seventh-day Adventists in agreement with the key biblical insights and fundamental theological concerns of the Protestant Reformation?” Adventist self-understanding claims the obvious. With this claim, more questions follow: “Can Adventists deliver what they claim? Do they actually live up to the principles and insights of the Reformation?”

As a reader, in hindsight, serious questions like this help Adventists to maintain a critical consciousness to honor the legacy of the Reformation. For, as Pöhler pleads, the “church needs to continually (re)focus its attention on the center of divinely revealed truth” (317) by embodying the spirit of the Reformers.

Fresh insights on the Reformation from an Adventist perspective with case studies are offered. However, I do not think the case studies given suffice for a venture of this nature. In addition, fresh expression of Adventism in the Global South demands that a book of this kind include African, Asian, and South American perspectives. However, several of the contributors come from America and Europe.

Although Perceptions of the Protestant Reformation in Seventh-day Adventism is not popular reading, it should be read especially by seminary students, pastors, theologians, and scholars. Rolf Pöhler deserves commendation for bringing these scholars together and for this notable contribution to Adventism. 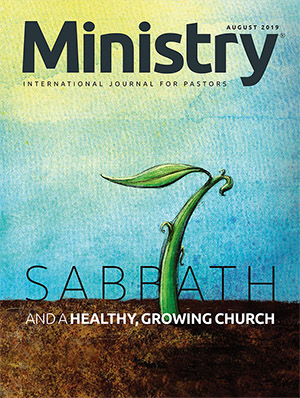 more
back to top