I never tire of telling the story of the Seventh-day Adventist church in Murmansk, Russia, high above the arctic circle. The church was only 22 members strong, but due to attrition, it whittled down to 8: the pastor, his wife, and six men. They knew they were going to be extinct unless something radical took place.

The men decided to get together and pray. They knew that the Holy Spirit comes only in answer to fervent prayer. So they prayed for the Holy Spirit, for willingness to sacrifice for others, for opportunities to share the love of Christ with those in darkness. They gathered every morning at six o’clock. The men knelt around an ice-fishing hole, put their arms around each other, and prayed earnestly for the fire of the Spirit to melt their hearts. Then, they stripped to their shorts and submerged in the freezing waters as a testament of their willingness to baptize anyone who was ready now, without waiting for spring.

People might consider this behavior eccentric, if not fanatical. Yet, they believed. And they kept on praying. Within a year, the Holy Spirit had led 72 additional people to their fold. The church experienced a 1,000 percent growth rate! And in the succeeding years, they planted churches all over their neighboring communities.

The promise of the Spirit

The promise of the Comforter

From the very beginning, the key has been to listen to the words of God, to ponder on their meaning, to pray over them (Rom. 10:17). As faith becomes more real, so does the work and presence of God’s Spirit. “ ‘I will pray the Father,’ ” Jesus said, “ ‘and He will give you another Helper, that He may abide with you forever—the Spirit of truth, whom the world cannot receive, because it neither sees Him nor knows Him; but you know Him, for He dwells with you and will be in you. I will not leave you orphans; I will come to you’ ” (John 14:16–18, NKJV).

Who is this Helper? The original Greek word used here is parakletos, meaning “one who comes alongside.” It is variously translated as Comforter, Counselor/Sponsor, or Advocate. The word has legal connotations, as in someone speaking on behalf of another.1 Jesus personalized the ministry of the Holy Spirit. This Spirit is not an ethereal influence or an esoteric theological concept. He is God’s Other, to be by our side for all our needs! Jesus said He would be “another” Helper, one like Him. On the one hand, Jesus as fully human intercedes for us in heaven (Heb. 7:25), and on the other, the Holy Spirit—the Parakletos—as fully divine intercedes for us on earth (Rom. 8:26, 27)!

The premise of the Cross

It was not until the coming of the Spirit at Pentecost that they fully realized His words. But there was a problem. Actually, two.

The fullness of the Spirit of God upon the New Testament church could not come until the victory of the Cross could be realized, until the sacrifice of Christ on the cross could be processed and understood. The apostle John wrote that “the Holy Spirit was not yet given, because Jesus was not yet glorified” (John 7:37–39, NKJV). The Holy Spirit not yet given? Clearly, the Old Testament has a number of references about the giving of the Holy Spirit to different individuals, but there is a sense in which the Spirit was not fully given to the church. And that had to do with the Cross. 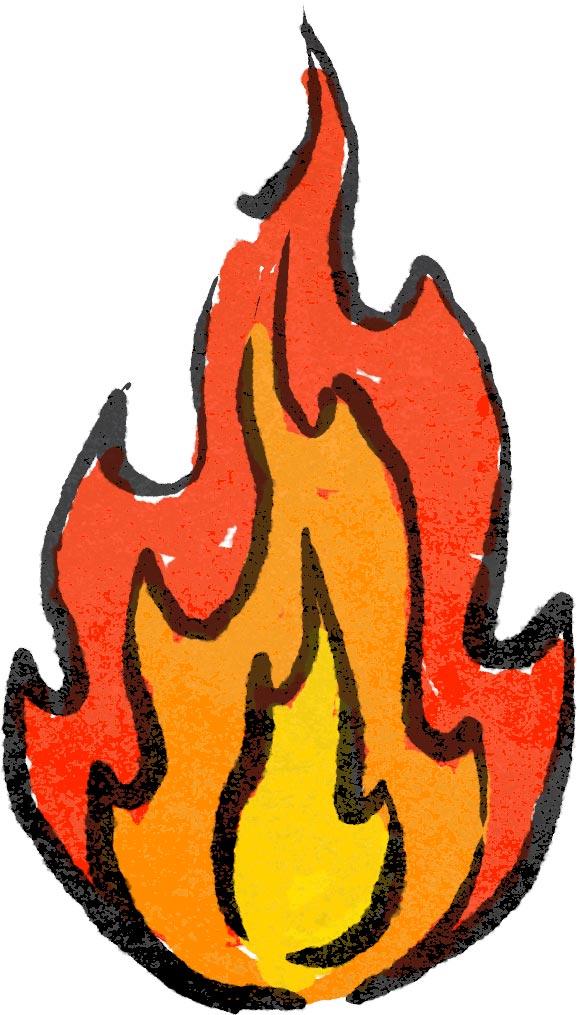 To understand the Cross and to be one in community are the two necessary premises for the reception of the fullness of the Spirit in the church.

John linked the giving of the Spirit to the glorification of Jesus. When was Jesus glorified? Peter tells us when: “ ‘The God of Abraham, Isaac, and Jacob, the God of our fathers, glorified His Servant Jesus, whom you delivered up and denied in the presence of Pilate. . . . But you . . . killed the Prince of life, whom God raised from the dead, of which we are witnesses’ ” (Acts 3:13–15, NKJV). The glorification of Jesus took place as a result of His sacrifice on the cross. On the day of Pentecost, 50 days after Passover—the day when Christ died—Christ was glorified by the Father in heaven.

In ancient times, when kings returned from war victorious, they entered their city marching in a procession. The king first, on a white steed; then his generals; followed by his soldiers; and, finally, a string of enemy captives followed in tow. The people gave gifts to the conquerors, praising them for their victory. This was a day of great rejoicing. Something similar happened in heaven 10 days after Christ’s ascension. Ephesians 4 alludes to this: “But to each one of us grace was given according to the measure of Christ’s gift. Therefore He says: ‘When He ascended on high, He led captivity captive, and gave gifts to men’ ” (vv. 7, 8). Paul here quotes from Psalm 68:18, alluding to Moses ascending Mount Sinai to receive God’s great gift of His law. The rabbis called Pentecost “The Season of the Giving of Our Law” or “Feast of the Revelation,” for this marked the earliest national convocation held after the Exodus at which Jehovah presented the decalogue to Israel on Mount Sinai.2

But how could Paul take the liberty to change Psalm 68:18, to say, “He gave gifts” (see v. 11) instead of “received gifts”? Because he applies this to Christ. Christ as conqueror over death received His gifts in the lives of people raised from death! Matthew tells us “many” resurrected at Christ’s resurrection (Matt. 27:52, 53), constituting the firstfruits of Jesus’ victory over sin and death! These were the “captives” Jesus took to heaven with Him. These, as well as the heavenly hosts, glorified the Lord Jesus in heaven on the day of Pentecost. But instead of just receiving gifts, Jesus gave them as well. We call them the gifts of the Spirit.

The premise of community

But there is a second premise that needed to be met before the fullness of the Spirit could be realized. When you think about the 10 days between Christ’s ascension and His glorification, you can imagine those 120 disciples huddled in the upper room going over the events of the last few days. Little had they understood Jesus’ numerous references to the Cross. But the more they prayed and thought about it, the more they got it. They saw the immensity of God’s sacrifice and love for human beings, and all that was left for them to do was simply surrender all. This is what brought an otherwise-unruly group of people into “one accord” (Acts 1:14). After all, it is “the goodness of God” that “leads you to repentance” (Rom. 2:4, NKJV). This focus on the Cross is what made them one.

To understand the Cross and to be one in community are the two necessary premises for the reception of the fullness of the Spirit in the church. That’s what happened in Acts 1, which paved the way for the power of the Spirit seen in Acts 2 and beyond.

The purpose of the church

The early church loved each other in tangible, practical, and transformative ways (Acts 4:32–35). We can anticipate a demonstration of Christ’s love toward one another today that reflects what happened then. The early believers preached the Word of God with great power, despite their lack of formal education and social pedigree, with signs and wonders accompanying their ministry (Acts 4:5–13; 5:12–16; 6:7; 8:5–8). And why should we not expect the same today?

Jesus Himself gave His church the infallible formula: “ ‘Wait [together] for the Promise of the Father . . . [and] you shall be baptized with the Holy Spirit. . . . But you shall receive power when the Holy Spirit has come upon you; and you shall be witnesses to Me’ ” (Acts 1:4, 5, 8, NKJV).

The Holy Spirit at work—this is the longing of God for His church. Will you allow Him to accomplish it?