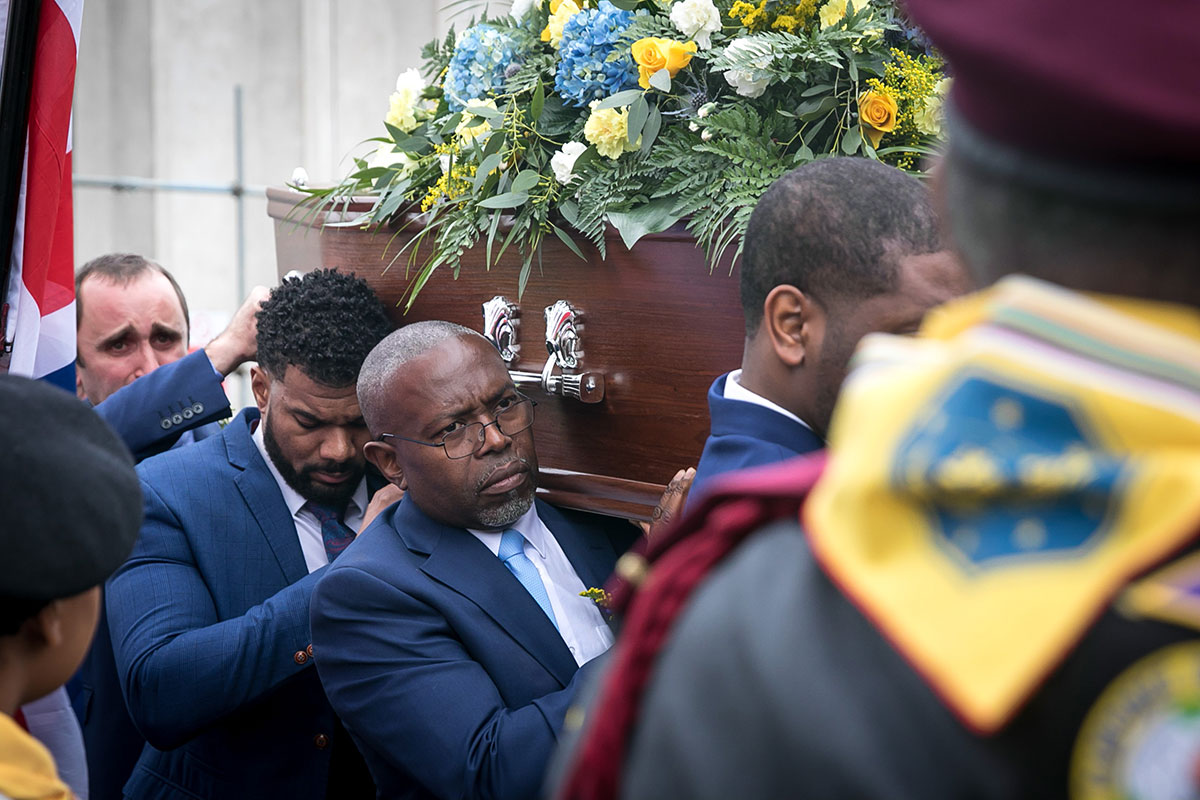 With close to 2,000 in attendance at three venues across the campus of Newbold College of Higher Education, and hundreds more viewing from all parts of the globe, the funeral of Andrew Davis was one of the largest ever held in the Trans-European Division. The funeral included a full Pathfinder guard of honor (Davis had recently qualified as a Master Guide) and involved ministerial colleagues from the South England Conference.

Davis (38), a former pastor of the Newbold College Church, spouse of Natasha and son of former South England Conference president Sam Davis and his wife Rowena, succumbed to a short and sudden illness. The tragic loss of a devoted family man, dedicated pastor, and dynamic preacher struck a raw nerve among all acquainted with the humble young minister who had a larger-than-life personality and a great sense of fun. Moments after his death, major social media platforms were ablaze with young people, and older ones, posting comments of shock and grief, while multiple venues opened their doors for an outpouring of corporate mourning. 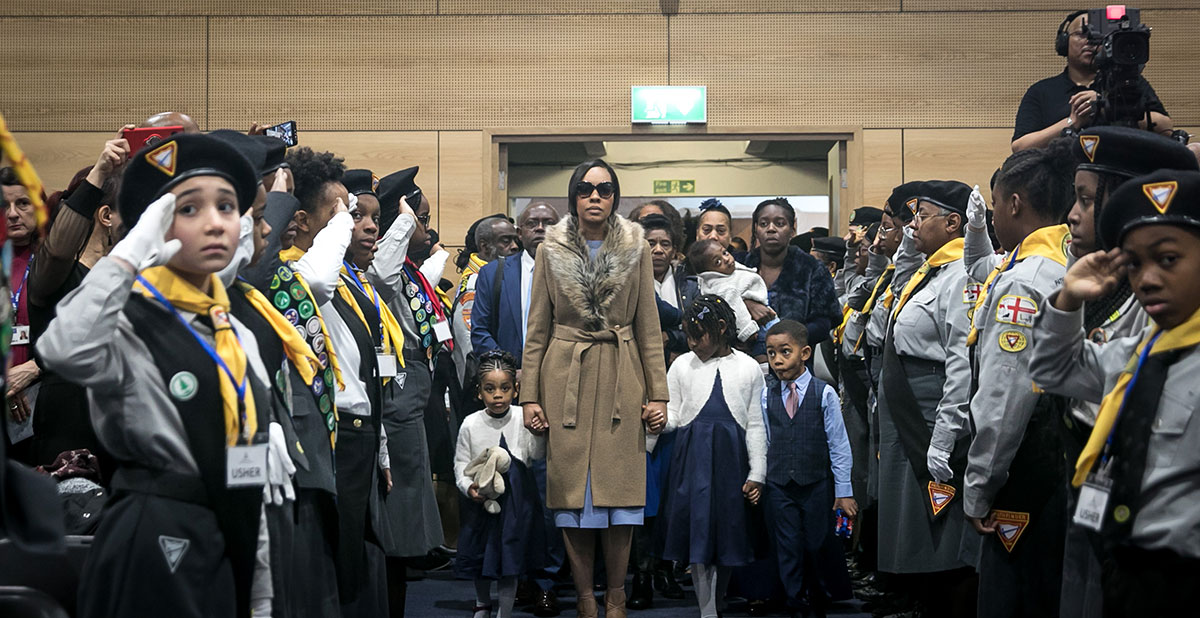 Notable tributes came from his parents; his sister, Anthea Barclay; and his wife, Natasha, and their children, all of whom shared memories of the devotion of their loved one.

Jonathan Burnett, Davis’s ministerial colleague, spoke of Andrew’s love for a certain game where losing the key card results in a player picking up two cards to replace it. Under the unction of the Holy Ghost, Burnett declared that the enemy’s mistake in removing one of God’s own would result in the birthing of more ministers like Andrew. Indeed, when an appeal was extended to join the ranks of pastoral ministry—two persons responded. [Richard Daly, BUC News; Jeffrey Brown, Ministry] 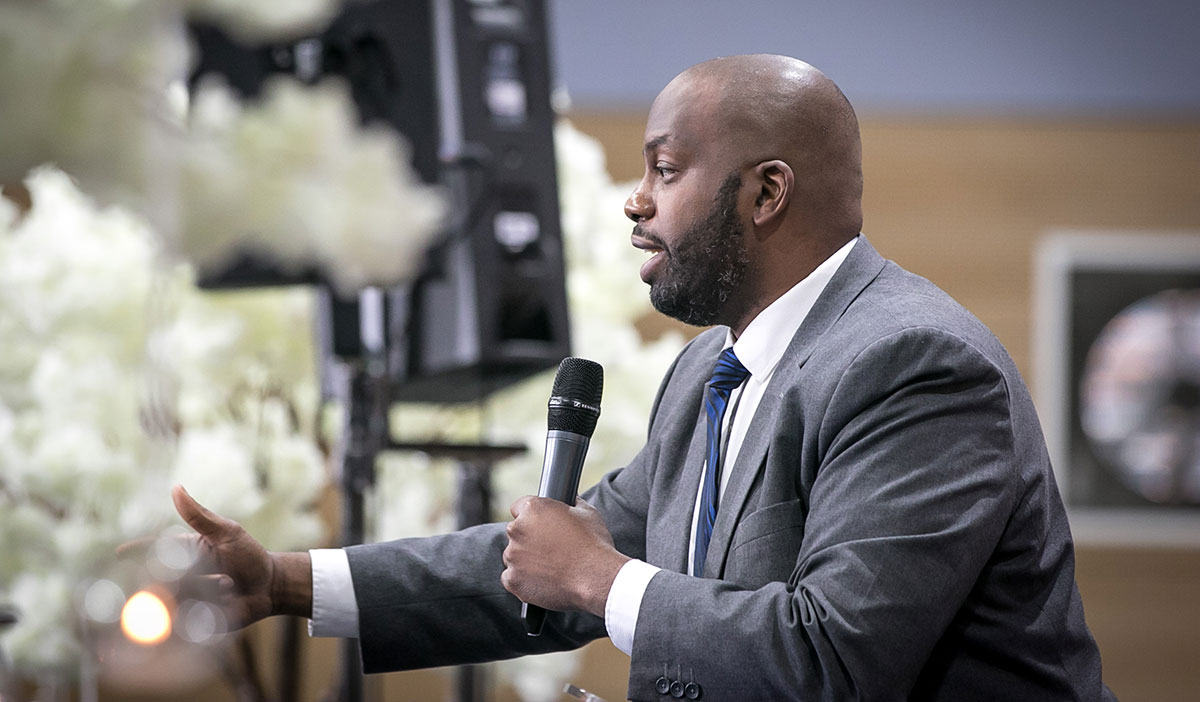 Trans-European Division apologizes for racial bias in the past

Following a series of consultations and a time of reflection, the Trans-European Division issued the following apology on Monday, December 16, 2019.

“This year marked the 90th anniversary of the formation of the Trans-European Division as one region of the General Conference of Seventh-day Adventists. Initially established as the Northern European Division, it has gone through several reconfigurations over the years. Starting as a predominantly Scandinavian and British Isles based unit, it has grown to now encompass countries in central and south-eastern Europe, and over the decades, it has also had a specific mission impact in West Africa, Pakistan, and the Middle East.

“While the heritage of our Division was European, the gift of mission from our early pioneers until the present has led us to grow into a highly multi-cultural and diverse entity, comprised of 22 countries with an even greater multitude of cultures—each rich and to be valued and reflected in our worshipping congregations.

“Yet sadly and all too often, a breadth of diversity does not always lead to a richness of unity, or necessarily of understanding.

“As we have celebrated the milestone of our 90-year history of mission and outreach even through the difficulties of two world wars, regional conflicts, and persecution in the Communist era, we note other parts of our history, parts for which we express sincere regret. We recognize unconscious bias, ignorance, prejudice, human fears, resentments, and suspicions have affected the Church, most specifically within the British Union Conference.

“Commenting on such issues, Ellen White was clear: ‘This grieves the heart of Christ.’ She counseled: ‘We have the same heavenly Father and the same Redeemer, who loved us and gave Himself for us all, without any distinction.’ She then urged: ‘When the love of Christ is cherished in the heart as it should be . . . there will be no caste, no pride of nationality; no difference will be made because of the color of the skin.’ She concluded: ‘The color of the skin is no criterion as to the value of the soul . . . God has taken us, all classes, all nations, all languages . . . and brought us into His workshop, to be prepared for His temple.’*

“While we cannot re-write history, as leaders of the Trans-European Division, we acknowledge that actions were taken that were not in harmony with God’s ideal. We apologize for the failures of the Church in this regard.

“As we focus on mission across the rich geographical, cultural, historical, and constantly changing diversity of our Division, we commit to providing a leadership model that will benefit all communities, regardless of background, in exactly the same way that Jesus modeled positive relationships, whether to high-ranking Nicodemus, the despised Samaritan woman, the outcast blind beggar, or Simon the Pharisee. These examples found in a series of Gospel stories lead towards Jesus’s wonderful prayer of unity found in the 17th chapter of the Gospel of John—that we can be one, united together, just as Jesus and the Father are one. That is something that we want to take to heart and seriously desire and strive for.

“While our apology is from the heart, we recognize that an apology is not enough. We must work vigorously and intentionally to eradicate any traces of prejudice and intolerance that continue to exist. Together with our officers, field presidents, and our division executive committee, we are reviewing policies and focusing on our strategic framework for the next five years in order to enhance our leadership and decision-making processes.

“Our prayer as the leadership of the Trans-European Division is that Seventh-day Adventists in this Division may indeed ‘be one,’ embodying the union of Father, Son, and Holy Spirit; that we will ‘put on love’ and so be bound ‘together in perfect unity’; as we allow God to mold us in His workshop, regardless of our class, race, gender, nationality, or language; so that we may, together, achieve the mission that Christ has given to us.” [Trans-European Division News]