One afternoon I was conducting a Bible study session with young people in which we were exploring the issue of forgiveness. One young lady boldly shared that someone had offended her deeply and that she could not forgive the person. Quietly shocked, I inquired about her unwillingness. She shouted that the hurt was extensive and deep, and that was why the person did not deserve her forgiveness.


Her response created a troubling question: Why are some people unwilling or unable to forgive? Having researched over the past eight years topics on emotional health and well-being—in particular forgiveness, emotional freedom, and reconciliation—I have discovered that people are injured by one of four degrees of emotional hurt. They are bruised, wounded, broken, or damaged. And, without some degree of healing, they are unable to forgive. Furthermore, the deeper the emotional hurt, the more likely a person will be psychologically dysfunctional or, even, nonfunctional.

Thus, I advocate the following principle: in order for hurting individuals to forgive, they should experience some healing; and, in order to find this healing, these individuals must extend forgiveness to themselves and others.

So, what does each of these degrees of emotional hurt look like?

Human beings are born with a need for belonging, which motivates our relationships. The interactions based on this innate need play out between friends, siblings, church members, or in the workplace. But when individuals are deprived of this psychological fulfillment, they tend to feel rejected and isolated, which leads to emotional and social pain.

Various studies show that certain kinds of attachment can contribute to emotional hurt. One researcher observed that “individuals with more secure attachment styles and higher self-esteem are buffered from” or could be less affected by socially disturbing situations.1 Another study reveals that participants who had high scores “on avoidant attachment may be emotionally shielded from socially upsetting events.”2 People with the latter kinds of attachment rarely display strong destructive emotions, such as aggression and anxiety. These emotionally bruised individuals generally undergo no intense emotional injury. Psychologically, they experience a dent in their feelings without any other negative impact.3 Additionally, such individuals continue to display a high level of functionality, which includes socially allocated or church-related roles.4 They also generally display healthy interpersonal behaviors and persistent positive attitudes and are often able to engage in wholesome interaction with an individual or a group. Any congregation containing bruised individuals would not experience any significant negative impact, either in the environment or in the interrelationships among congregants.

When, during an experimental study, 26 young-adult Japanese students engaged in a virtual ball-tossing game with computer players, they experienced issues such as exclusion and rejection. The study indicated that those “with lower trait self-esteem show increased social pain . . . relative to people with higher trait self-esteem.”5 Such individuals experienced a broken social bond, which can negatively affect their social survival. Such a ruptured social bond could create problems for them with interpersonal relationships, a key element of a healthy lifestyle.

Later research revealed that individuals such as these perceived their pain as being “associated with the threat to or loss of social connection.”6 The high degree of pain and the perceived threat tend to contribute to emotional distress, which results in the “fight response.” This emotional battle leads to a person’s emotional defense being intensely pierced, symptomatic of being emotionally wounded.7

Wounded parishioners can give only what they possess. And, in this case, they tend to distribute pain and hurt. With such emotionally wounded people, it takes only a minor issue to make them explode. Consequently, congregations containing wounded people may have stunted church growth both numerically and spiritually.

Similarly to broken glass, emotionally broken people find it hard to mend. Isabelle Ouellet-Morin and her colleagues found that women “exposed to partner violence carry a two- to three-fold increased risk of developing new-onset depression and . . . women who engage in intimate relationships with violent partners are at risk . . . of later psychological problems.”8 Physical abuse brings about shame that can contribute to substance abuse. Also, abuse, as well as interpersonal conflicts and other emotionally related problems, can cause depression to begin and anxiety and other mental health issues to emerge. These severe difficulties cause such broken individuals to “lose the mental ability to perform [their] various tasks.”9 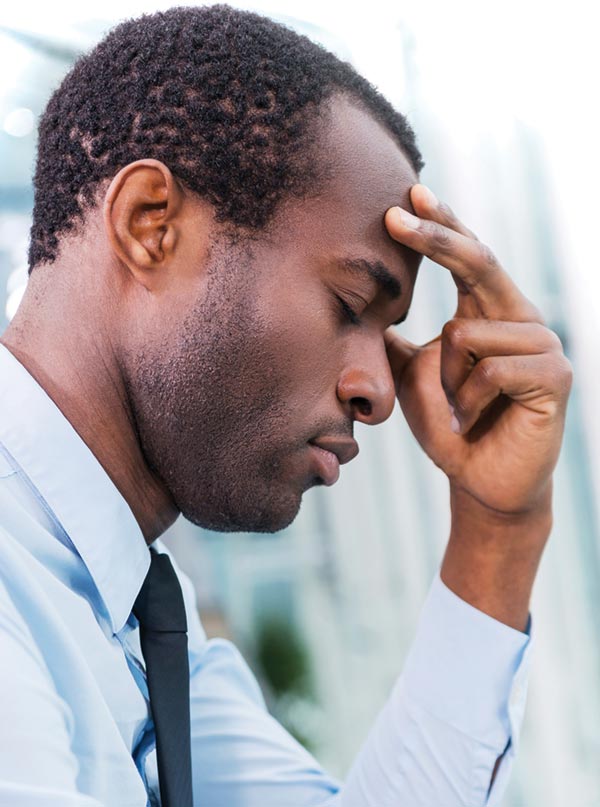 Wounded parishioners can give only from what they possess. . . . With such emotionally wounded people lurking in the pews, it takes only a minor issue to make them explode.

A congregation that consists of emotionally broken people, whether due to bad marriages, poor socialization, or violent situations, can have protracted issues that could contribute to its decline and result in spiritual unsustainability.

These experiences hinder the individuals’ acquisition of “training, skills, and self-efficacy necessary to pursue many careers,”10 and, by extension, they are unable to engage effectively in ministry in the local congregation. Thus, emotionally broken people display psychological and social dysfunctionality, thereby having a negative impact on other people’s emotional and psychological well-being. The prevalence of these unresolved issues also affects the emotional and spiritual health of a congregation.

These indicators of emotional damage, including a lack of trust, also signal profound dysfunctionality, symptomatic of an emotionally damaged individual. Furthermore, they manifest tertiary emotions, such as hostility and resentment, even if not openly expressed. Congregations consisting of emotionally dam- aged individuals could create an environment not conducive to worship and, by extension, ministry. Emotionally affected people in the church can hinder a congregation’s progress.

Various contexts such as abuse, violence, interpersonal conflict, and marital problems result in people becoming emotionally hurt, to some degree or another. Those affected tend to display different symptoms ranging from surprise to rage to hostility. Additionally, these parishioners tend to display behaviors, such as aggression or militancy, toward pastoral leadership. With this type of emotional state being the deepest type of emotional woundedness, the onus is on leaders to point out spiritual and professional avenues for healing and restoration.

Attitudes of this nature could also create an impasse. In essence, unresolved issues could result in psychological dysfunctionality and, by extension, hinder church growth. Thus, there is the need to be intentional and determined in addressing emotional and spiritual issues that, surely, are lurking in the pews—such as that young woman in the church who refused to forgive.

Keeping our sense of the call

Knowing that God has called you replaces doubt and despair with healing and hope.

Jesus was concerned that we do not cause children to suffer. Take time to listen to their joys—and their pain.

The Inspiration and authority of the Ellen G. White writings

Pastoral Care and the Sick

The Conduct of Funerals (A Symposium)