Jonas Arrais, DMin, is the editor of Elder’s Digest and an associate secretary of the Ministerial Association of the General Conference of Seventh-day Adventists, Silver Spring, Maryland, United States.

The apostle James addresses those who consider themselves religious. Using tests that are simple, but not easy, he calls for scrutiny not just of what we preach but what we practice.

The first scrutiny test has to do with our words. “With our tongues we bless God our Father; with the same tongues we curse the very men and women he made in his image. Curses and blessings out of the same mouth! My friends, this can’t go on” (James 3:9, 10).1

William Barclay’s autobiography contains the story of Sir Hector Hetherington, considered one of Britain’s great university principals. Barclay says, “Few men could handle a difficult team in the way he could handle it. On one occasion one of his more belligerent members of staff, convinced that he had a legitimate grievance that was not getting the attention it deserved, sent to the Principal an extremely angry letter, replete with complaints and threats in equal proportions. The Principal duly received the letter. A day or two afterwards he met the sender. He met him with no ill-will at all. ‘James,’ he said (James was not in fact his name . . .), that was a wonderful letter you wrote to me—but why did you post it? ’ ”2 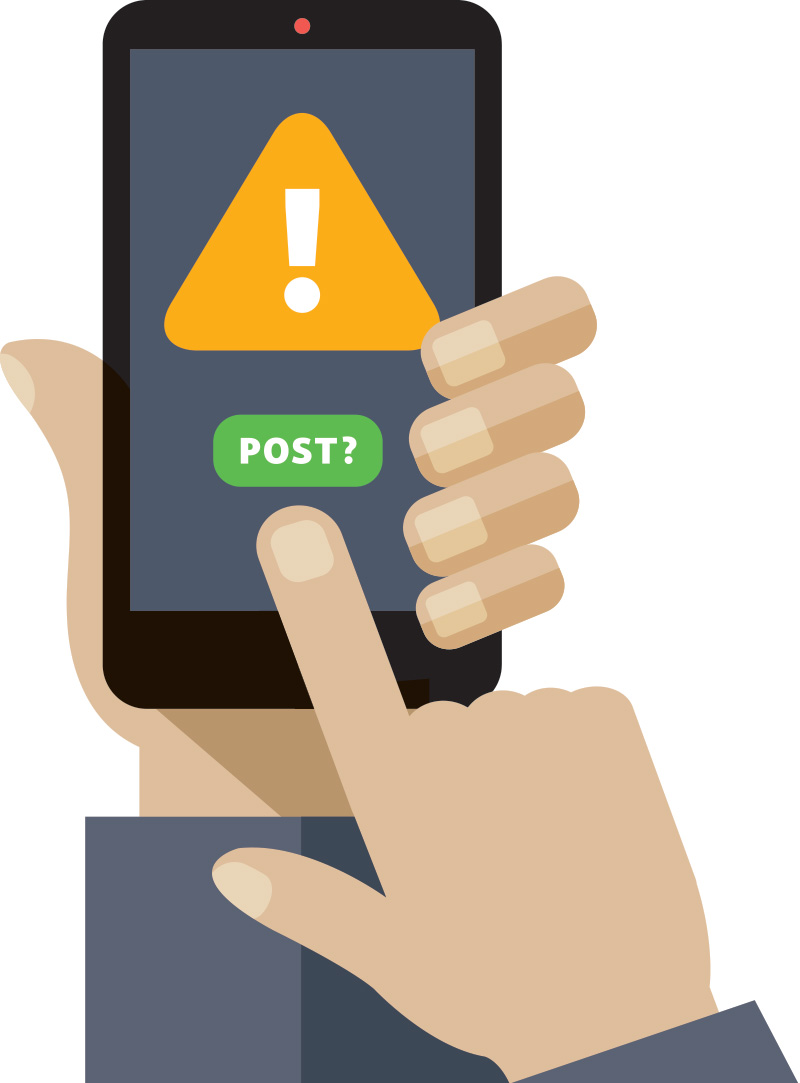 Not every private feeling needs public expression. The religion of those who use their tongues to worship God in one instant and offend people in another, has questionable value.

To act, or not to act

The second scrutiny test has to do with our actions. “Anyone who sets himself up as ‘religious’ by talking a good game is self-deceived. This kind of religion is hot air and only hot air. Real religion, the kind that passes muster before God the Father, is this: Reach out to the homeless and loveless in their plight, and guard against corruption from the godless world” (James 1:26, 27). James says, forget personal purity and defilement. Forget trying to prove our devotion to God by connecting it with the spiritual practices we perform. Biblical revival and reformation have little or nothing to do with knowledge or forms. They have much to do with building lives that care for those around us.

One commentator says, “James is not restricting ‘right religion’ to only literal care for literal widows and orphans. At the time James wrote, these represented society’s most helpless members.”3 It does not have to be literal care, the appeal is for courtesy in all communication. In person, by mail. Telephone, television. Print media, social media. Online or in the line. It does not have to be literal widows and orphans, the call is for kindness to all persons. Rich, poor. White, black. Native, non-native. Married, single. Male, female. Young, old. James, highlighting our tendency, even as pastors, to practice favoritism, calls us out, if not for our prejudice, then for our preferences; if not for our discrimination, then for our dislikes; if not for our segregation, then for our separation (see 2:2–4).

We are called to condemn the world’s unfair treatment of the vulnerable, not to condone it; to denounce it, not to duplicate it. Treating the vulnerable as Jesus would is the acid test of godly Christianity.

To critique, or not to critique

The Seventh-day Adventist Church began with a radical return to Scripture. Its pioneers embraced the Reformation principle of sola Scriptura, insisting that every church doctrine be established under that authority. We have often critiqued other religious groups for the extent to which their practices are based upon Scripture. That spotlight must also fall on us. Religion should be read and practiced as a verb, as that which we do to others. To practice any other form of religion means that we have left the Word of God and subscribed to the doctrines of men. Our passionate spirituality is then considered by God to be in vain (see Matt. 15:1–9).

Posting, in our context, means displaying to the world that what we practice is the mirror image of what we preach. James says, “Listen, dear friends. Isn’t it clear by now that God operates quite differently? He chose the world’s down-and-out as the kingdom’s first citizens, with full rights and privileges” (James 2:5). That’s a message worth modeling and sharing.

comments powered by Disqus
Jonas Arrais, DMin, is the editor of Elder’s Digest and an associate secretary of the Ministerial Association of the General Conference of Seventh-day Adventists, Silver Spring, Maryland, United States.

A youth leader calls the church to embrace our message, empower our youth, and evangelize our world.

Working together for good

An editor urges us to cling to the promise that, especially in times of crisis, God is working on our behalf.

A therapist reflects on the landmines of pastoral ministry, and how he emerged—barely.

When Did Satan's Fall Occur?

Twelve ways to cherish your wife

Social Media and the Pastor

Forgiveness in the Light of the Hebrew Language

The Second Coming and the time of trouble: A great time to be alive