Orville Woolford, MSc, retired assistant to the president at the University of the Southern Caribbean, resides in Curepe, Trinidad.

David Trim’s A Passion for Mission is an illuminating and insightful account of the history of the Trans-European Division (TED). Trim, a graduate of Newbold College of Higher Education and the University of London, taught history in the TED at Newbold College, while it was my privilege to be director of education for the TED. Trim currently serves as the director of Archives, Statistics, and Research at the General Conference of the Seventh-day Adventist Church. Trim is, therefore, an excellent choice to author this much-needed book.

The approach taken by Trim has been to source and involve over 17 pages of primary and secondary references, together with 28 figures and maps, from different libraries, archives, collections, and other resources. With these resources, he worked collaboratively with scholars and savants such as Harry Leonard, Reinder Bruinsma, and Patrick Boyle. By his definition, the book does not explore the life and witness of the “church members of the division.” His book provides us with a history “of the issues, challenges, and opportunities that faced church leaders at the division level; of how they responded to them; and of the initiatives they took to advance the goals and objectives of the division administration.” Yet, David Trim chronicles a well-constructed story from “the perspective of the TED officers and the executive committee actions.” 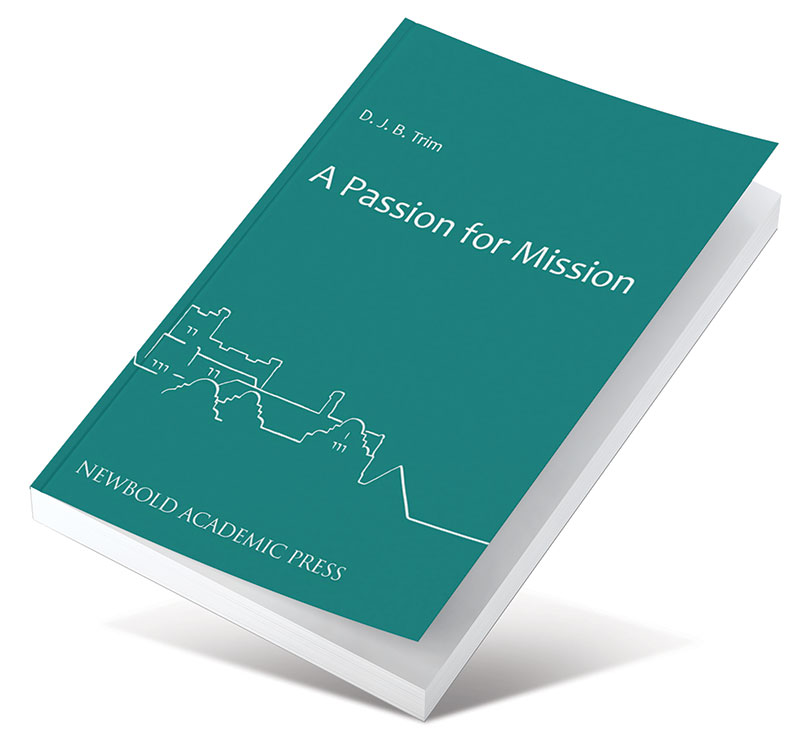 . . . now those mission fields have largely become Christianized while, over time, the homelands have become virtually non-Christian. This trend has had a significant impact in the homelands.

Writing to commemorate the 90th anniversary of the TED, Trim thus covers the period 1929–2019. On January 1, 1929, four new world divisions of the General Conference of Seventh-day Adventists came into existence. The Northern European Division (NED) was one and, though its name and territory have changed, the Trans-European Division (TED), as it has been named since January 1, 1986, is the only one that has existed continuously since 1929.

Trim titled the book A Passion for Mission because he sees this mission as the unifying thread that binds the extraordinary degree of diversity in the division; diversity bound together by a passion for proclaiming the “everlasting gospel” to those who have not heard it. As a result, he says, “the history of the Trans-European Division is a history of a passion for mission.”

Trim’s main argument is that passion for mission has been the driving force and organizing function of life and existence in the TED. Therefore, from the beginning in 1929, the territory of the division was seen largely as comprising two distinct sections: the Christian homelands and the mission fields. Thus, for most of the 90 years, the direction of “mission passion” was toward the “mission fields,” which were mostly in Africa and West Asia. Accordingly, the flow of resources—manpower, money, and creative energy—was mainly from the homelands to the mission fields. The results have arguably been quite successful, and now those mission fields have largely become Christianized while, over time, the homelands have become virtually non-Christian. This trend has had a significant impact in the homelands.

One result the author flags is that the concept of “Home mission” had become necessary and required attention, along with “Foreign mission.” Two other developments gently touched on were, first, the passion for mission exhibited by native converts in the mission fields, who became missionaries in countries other than their own; thus, division missionaries included Africans. The second development was church members migrating from the mission fields into churches in the homelands, for example, Caribbean church members to Britain and the Netherlands. In light of the experiences described, I share the author’s view expressed at the end of chapter 9: that intentional pursuit of unity in diversity will have success in enriching the church, even as is now being experienced.

Throughout the book, Trim not only raises thoughtful and critically important questions emerging from the data, the events, and the trends but also ventures to posit thought-provoking perspectives for reflection. For example, at the end of the last chapter, he suggests eight “lessons that could be drawn on in working towards a bright future.” In lesson number 8, Trim asserts that the hope of a bright future will be assured “if the division officers, church officers, and church members in the Trans-European Division now truly focus their energies on being European.” I agree—but only in the mission-passionate sense of 1 Corinthians 9:20. This should be required reading, especially for leaders throughout the TED.

comments powered by Disqus
Orville Woolford, MSc, retired assistant to the president at the University of the Southern Caribbean, resides in Curepe, Trinidad.

A youth leader calls the church to embrace our message, empower our youth, and evangelize our world.

Working together for good

An editor urges us to cling to the promise that, especially in times of crisis, God is working on our behalf.

A therapist reflects on the landmines of pastoral ministry, and how he emerged—barely.

Typology and the Levitical system—1

​It’s not over when it’s over