Pastors who engage in exegesis while preparing their sermons regularly face the challenge of understanding the historical-cultural background of New Testament texts. Although the cultural milieu of the first century is very complex, the responsible application of the biblical texts to our contemporary context necessitates a profound knowledge of the horizon of the original context. The Week in the Life Of series by InterVarsity Press is a creative resource that uses storytelling to help pastors, seminary students, and lay readers overcome the obstacle of cultural distance. The approach of blending expertise and imagination through storytelling is a winsome combination. 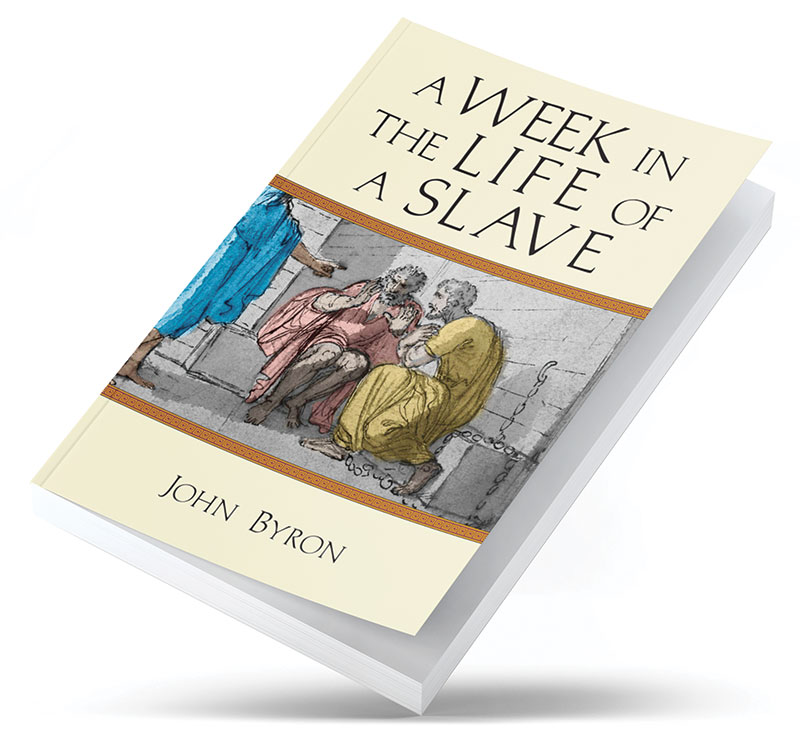 One of the latest volumes in the series comes from John Byron, a professor of New Testament at Ashland Theological Seminary in Ashland, Ohio. An expert on slavery in antiquity and Pauline literature, Byron brings a fresh and informed perspective on one of the shortest and often overlooked New Testament writings, Paul’s letter to Philemon. It brings, however, much more: it introduces the readers to the world of the early Christian house churches and the dynamics of everyday life in a society in which a clear line was drawn between free people and slaves. Clearly articulated are some of the pastoral challenges that the early Christian leaders faced in helping their church members live contra-culturally in a society that was driven by different values.

The novella narrates the actions of historical characters mentioned in the letter to Philemon. The scene shifts from chapter to chapter between Ephesus, Colossae, and Laodicea. The focal point is Onesimus, a slave from Colossae who flees from his master, Philemon, stealing a large amount of money to travel to Rome and study under Stoic teachers. In Ephesus, he meets the apostle Paul and other early Christian leaders. Onesimus experiences the radical character of Christian fellowship, which convinces him that dividing walls are broken down in Jesus Christ.

The scenario builds up to his return to the house of Philemon. It climaxes in his baptism and his unexpected appearance at a house church meeting in Colossae, Philemon’s house, in which Paul’s letter of mediation is publicly read. In the end, many questions remain open: Did Philemon forgive his fugitive slave and treat him as a beloved brother? Did Onesimus ever meet Paul, his spiritual father, again? Why was the letter to Philemon preserved in the New Testament canon, despite its personal character? The book does not attempt to answer these questions and Paul’s letter to Philemon itself ends without resolution.

The novella is not only imaginative but also historically well informed. The numerous sidebars provide insights into the vital aspects of life, culture, and interactions encountered in the narrative. These sidebars, accompanied often by photos, throw light on matters such as the location of Paul’s imprisonment (20, 21), patron-client relationship (33), wool production in the Lycus Valley (52, 53), sexuality and marriage among slaves (62, 63), slave names (68, 69), apprehending fugitive slaves (82, 83), and letters of mediation in antiquity (142, 143).

While historically thoroughly researched, the novella also contains imaginative, but certainly plausible elements, such as the healing cloths coming from Paul’s prison, the cruel and quick-tempered character of Philemon, and the baptism of Onesimus in Paul’s prison..

This superbly-written book may revolutionize one’s reading of Paul’s letter to Philemon and help the reader understand the world of Paul’s imprisonment and the ministry in early Christian churches. It is an invitation to enter the world of early Christians and take the historical-cultural context in exegesis seriously. I highly recommend it.

The pew talks back to the pulpit:

Thoughts on the church service

Do you live with a mindset of scarcity or abundance?

Stewards of this gift

Building a culture of liberality in the local church

Teaching, preaching, and healing in the Gospel of Mark

Ellen White and the Personhood of the Holy Spirit

Tongues in the Corinthian Church

Sinners in the hands of God

​Pastor, use the arts!