The book The Sabbath in the Old Testament and the Intertestamental Period, edited by Daniel Bediako and Ekkehardt Mueller, is written by scholars who address their topics with thoroughness. Ministry readers will recognize many of the editors and writers (Daniel K. Bediako, Lael O. Caesar, Richard M. Davidson, Mathilde Frey, Roy Gane, Laurentiu G. Ionescu, Gerald A. Klingbeil, Ekkehardt Mueller, Daegeuk Nam, Gerhard Pfandl, Martin Proebstle, Teresa Reeve, Michael Sokupa, and Elias Brasil de Souza) because most of them have been published in this journal.

The book is divided into three sections.

The second section, “Thematic Perspectives,” addresses topics such as the origin of the Sabbath, the Sabbath at Creation, the new covenant, rest and worship, festival and Sabbath, and dimensions of Sabbath rest. 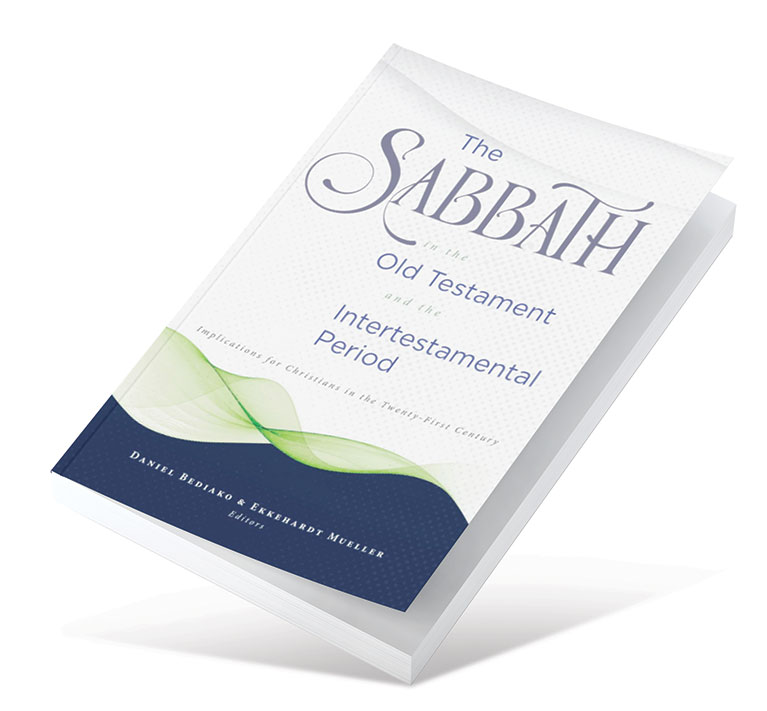 In an otherwise helpful chapter, “Torah’s Seven Vibrant Dimensions of Sabbath Rest” (325ff), the following statement is made without adequate support: “Whereas Seventh-day Adventists often see the Sabbath commandment in a negative way—‘Don’t work on the Sabbath!’—Jewish Sabbath-keepers regularly viewed it positively: ‘I don’t have to work on the Sabbath!’ ” (330). Recently, nearly 170 Seventh-day Adventists, in a forthcoming book, chose to present their Sabbath experiences in a positive light.1 It appears that Adventists have a more positive view of the Sabbath than the above quote assumes.

The Third section, “Intertestamental Literature” (387–395), focuses on the Sabbath in often ignored writings between the events of the protocanonical books and the New Testament, including the deuterocanonical books, pseudepigraphal works, the Biblical apocrypha, the Jewish apocrypha, and the Dead Sea Scrolls. “The last major scholarly study of the Sabbath by Adventist scholars was published in 1982.” (1), referring to a book edited by Kenneth A. Strand.2 Perhaps it was an oversight, but a book by Sigve K. Tonstad, published in 2009, is more recent and should have been mentioned.3 The Tonstad book dedicates about 160 pages to the Sabbath in the Old Testament, the focus of the book being reviewed.

This book is a scholarly publication, and the reader needs to realize that reading it requires close attention. The writers provide extensive documentation, and to understand the material, the reader will need to look at the footnotes, which are helpful but, at times, very detailed.

The editors provide an extensive (14 pages!) Scripture index, a valuable resource for sermon preparation or other studies. There is also an index of extrabiblical writings, such as the Qumran scrolls. A subject index would have been beneficial, but the two indexes provided are helpful. A bibliography would also have been valuable.

No Limits! The power and joys of unselfish ministry

What do you treasure? A reflection on self-sacrifice

Forsaking self for a relationship

“Pastor, I need your help!”

Giving care when in need of CARE