Current General Conference ministerial secretary Jerry N. Page said it succinctly: “The 1922 General Conference Session did not begin well for Arthur G. Daniells. On Sunday he was voted out of the presidency of the world church. . . .

“Daniells was no longer the official head of the church, but he continued to lead by establishing the Ministerial Association and directing it with a signature emphasis on prayer and spiritual revival.”1

So, the Ministerial Association of the Seventh-day Adventist Church is celebrating 100 years—1922–2022. And it has one mission: “Then the word of God spread, and the number of the disciples multiplied greatly in Jerusalem, and a great many of the priests were obedient to the faith” (Acts 6:7).2 This one mission has three goals: spread the Word, multiply disciples, and develop ministers who are obedient to the faith.

Multiplying disciples can be an overwhelming task. Church leadership expert Richard Krejcir says, “Pastors are in a dangerous occupation! We are perhaps the single most stressful and frustrating working profession, more than medical doctors, lawyers, or politicians.”3 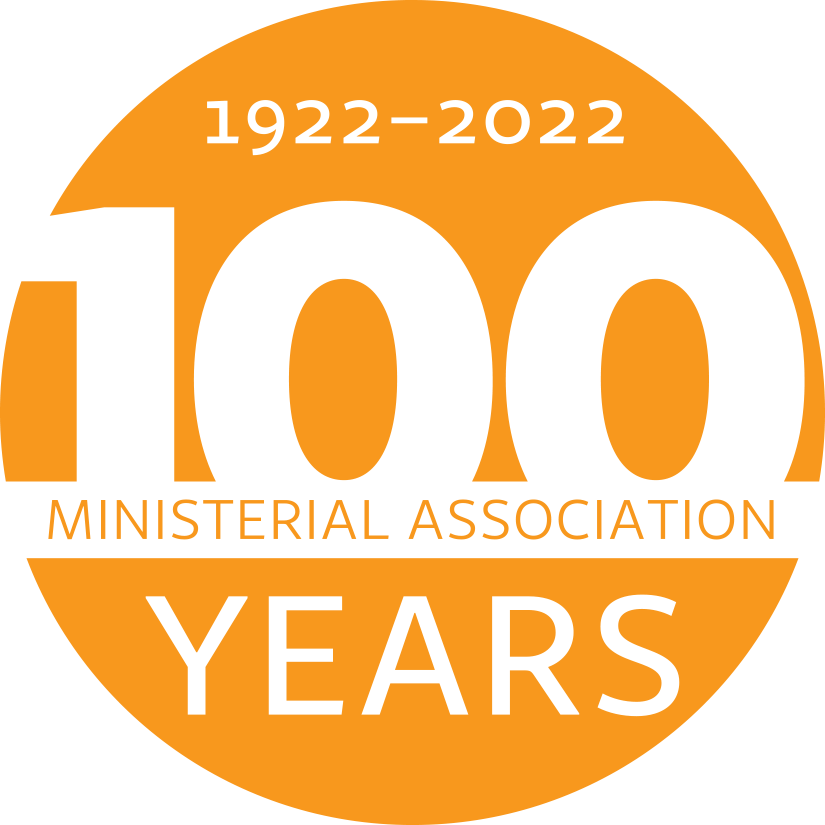 But God does not leave us to battle alone. Old Testament scholar Roy Gane comments: “To ordain the male descendants of Aaron as God’s elite servants within the community, Moses put blood from the ordination sacrifice on their right ears, thumbs, and big toes. This showed that each priest received divine grace, ultimately flowing from Christ’s sacrifice, that enabled him to fulfill his life-and-death responsibility to serve God for the benefit of His people. Today there is no divinely sanctioned elite Christian priesthood, apart from the priesthood of Christ Himself, through which God’s people must approach Him (Heb 4; 7–10). The human ‘royal priesthood’ includes all Christians as God’s ministers (1 Pet 2:9–10). Amazing grace equips men and women to obey Christ’s commission by ministering for the salvation of others (compare Matt 28:19–20).”4

“Saved to serve” means that all who experience salvation are called to minister. Ted N. C. Wilson says, “No matter your age, nationality, or gender, God is calling you to be part of His mission.”5 The Ministerial Association seeks to be a resource for pastors of all denominations because God calls all clergy to be involved in the same mission: “Having the everlasting gospel to preach to those who dwell on the earth—to every nation, tribe, tongue, and people” (Rev. 14:6). It’s not about joining my church; it’s about spreading God’s Word. It’s not about preference; it’s about obedience.

Previous General Conference Ministerial secretary James Cress maintained that A. G. Daniells “had consistently been concerned with the development of a spiritual ministry among clergy and had personally led in a number of Bible Conferences and spiritual revivals.”6 Because of Daniells’s reassigned leadership, we can celebrate 100 years of bearing “witness to the word of God” and holding to “the testimony of Jesus Christ” (Rev. 1:2).

God is still looking for pastors who will spread the Word, multiply disciples, and be obedient to the faith, because “He will have a pure, true, sanctified ministry prepared for the latter rain.”7

Implementing evangelism in the local church

How to organize your church for evangelism

When young people say, “Count me in.”

Seeking God’s heart for our community

Family and the gospel

Leading our children to Christ:

A new resource for a new world:

An interview with two ESDA editors