As a 15-year-old student on a Christian school campus, I was invited to be part of a team led by two teachers1 from SOY Ministries. This name often elicits chuckles from those familiar with my community of faith, known for using soy-based substitutes for meat and dairy. The catchy name SOY was an acronym for Serving Other Youth. Its mission was to share testimonies and music in churches and schools, letting young people know that God wanted to use them. This awesome reality makes young people respond, “Count me in.”

Having now pastored for 13 years on educational campuses with young people, I can see that what SOY accomplished for me remains with me, even to today. Being part of this ministry was a life changer for me, a country boy from the Pacific Northwest. Here are three tasks, humbly submitted as a colleague to other colleagues, that I believe will bring revival to young people and engage them in their churches.

1. Make them missionaries, not the mission field

I have just returned from traveling with college and high school students who each preached an evangelistic series in Central America. Visiting, planning, calling for decisions, and socially engaged, we debriefed each other at the end of each day and, almost without fail, the reports were like this: “I am spending more time in prayer and Bible reading.” Or “I have the best church, it’s perfect for me.” My mission field, young adults, was reached by mobilizing them to be missionaries.

No one, especially young adults, wants to be the object of our mission; rather, they want to be part of it instead. Two weeks on the mission trip accomplished more than the two-hour Sabbath-afternoon seminar on outreach that some of us prefer. According to research by S. Joseph Kidder on church growth, “pastors of healthy and growing churches spend 10–15 hours a week in equipping their laity in effective, efficient, and skillful ministry.”2 This is nearly a quarter of our professional work. While his studies did not target different demographics for growth, it hit the bull’s-eye for young adults.

Seminars have their place, but it is often the same group who comes to training seminars in our churches year after year. We are good at seminars and committees, but we need our people and, specifically, our youth to get involved. The bread and butter of engaging young people is inviting (and it often takes a lot of inviting) them to partner with us.

Partnering with the North American Division Ministerial team and the NextGen Pastor initiative, each year on our campus, we host a dinner for young people who feel the possible call to ministry. We connect them to a pastor/mentor who will listen to, encourage, and work with them. Then, together, these young people serve as a student advisory to the campus church board. They become the very thing that the seminars talk about.

This illustration, shared by author Ellen White, highlights how critical this principle is: “ ‘In some respects the pastor occupies a position similar to that of the foreman of a gang of laboring men or the captain of a ship’s crew. They are expected to see that the men over whom they are set, do the work assigned to them correctly and promptly. . . .

“ ‘The owner of a large mill once found his superintendent in a wheel-pit, making some simple repairs, while a half-dozen workmen in that line were standing by, idly looking on. The proprietor, after learning the facts so as to be sure that no injustice be done, called the foreman to his office, and handed him his discharge and full pay. In surprise the foreman asked for an explanation. It was given in these words: “I employed you to keep six men at work. I found the six idle, and you doing the work of but one, and your work could have been done just as well by any one of the six. I cannot afford to pay the wages of seven for you to teach the six how to be idle.” ’ ”3

Picture Daniel Burnham, the famous architect with vision, standing before a turn-of-the-century Chicago City Council, challenging his Windy City leaders to live up to his dream. In our pastoral staff meetings, we often repeat the challenge he is credited with: “Make no little plans; they have no magic to stir men’s blood and probably themselves will not be realized. Make big plans; aim high in hope and work. . . . Remember that our sons and grandsons are going to do things that would stagger us.”4

Recently, I grabbed Mark Batterson’s book All In to read on a flight. The book begins with the lessons we learn from what some have called the “one-way” or “coffin” missionaries. These men and women would purchase one-way tickets and pack their belongings in wooden coffins. When they waved goodbye, it was a final wave. Men like A. W.
Milne brought light to the headhunters of New Hebrides in the South Pacific, and women like Amy Carmichael worked in India for 55 years without furlough. Batterson challenges, “Jesus didn’t die to keep us safe. He died to make us dangerous. 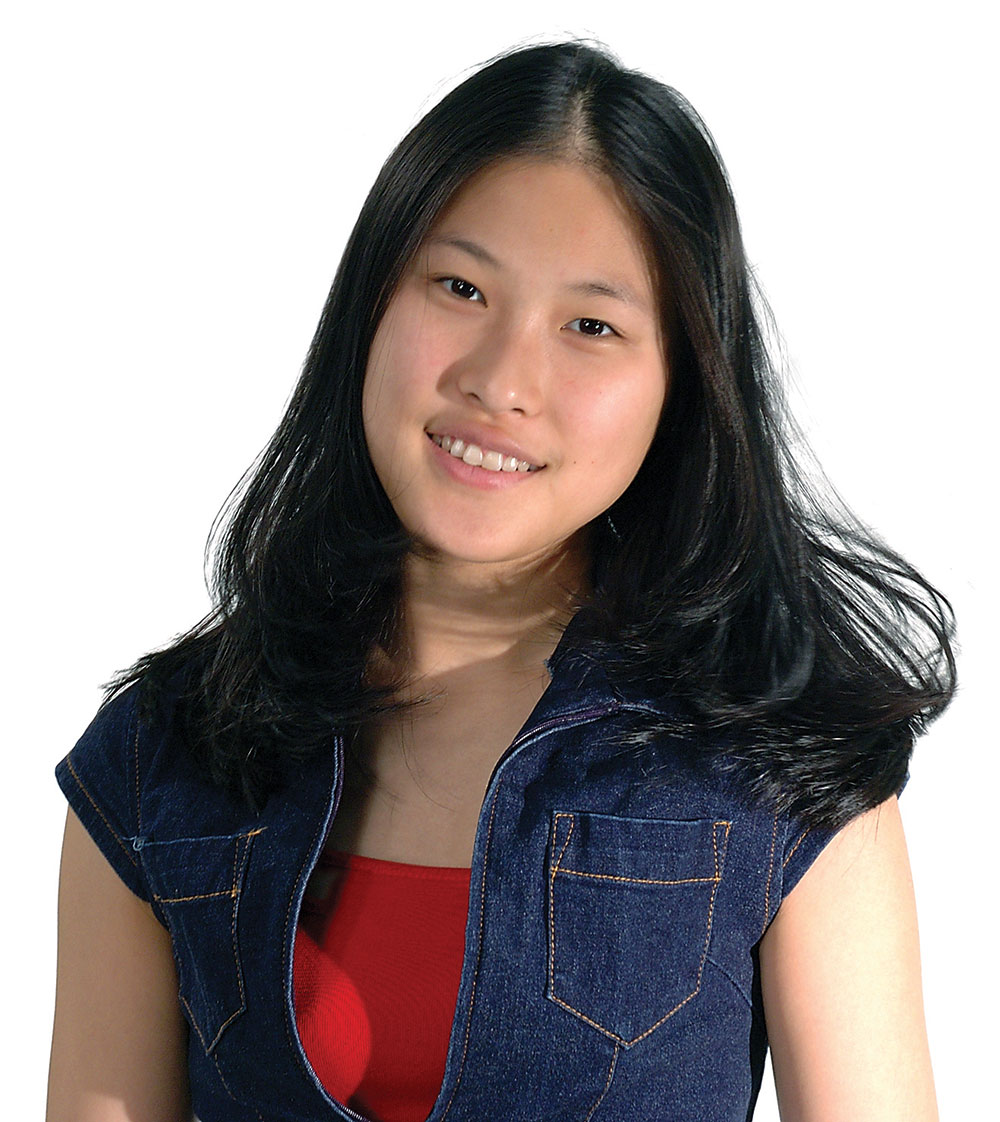 “Faithfulness is not holding the fort. It’s storming the gates of hell.”5

Opportunities such as summer literature evangelism programs, evangelistic mission trips, and church board advisories and organizations such as Pathfinders, GYC (Generation. Youth. Christ.), and certainly others have had great impact because they attempt to do something great. The local church and pastor must set a high standard of spiritual expectations.

Gyms and athletic centers sell their memberships with the image of a chiseled man or woman. Grocery stores call for your eyes to feast on their brightest colored produce. And the church? If young adults hear of a divided administration, a frustrated pastorate, and a disgruntled leadership, who blames them for their disinterest? The often-voiced and published complaints; the “stories” told to compete to see which church or members are the worst; the social media posts denigrating the leadership of an administrative body in the church cause people to lose their enthusiasm—especially our youth. What better ways to feed disinterest in the church! Nobody wants to be a part of something bad. Could it be that by complaining or jesting about various concerns, we have played the devil’s game and caused our young leaders to lose interest and leave the church?

Paul, speaking of the church, says, “Although I am less than the least of all the Lord’s people, this grace was given me: to preach to the Gentiles the boundless riches of Christ, and to make plain to everyone the administration of this mystery, which for ages past was kept hidden in God, who created all things. His intent was that now, through the church, the manifold wisdom of God should be made known to the rulers and authorities in the heavenly realms” (Eph. 3:8–10, NIV, emphasis added).

Through the church, God is showing unfallen beings the depths and heights of who He is. They, the rulers in heavenly realms, get to know God better by looking at the church. This is sacred. Pastor, speaker, and church planter Francis Chan shares his conviction that our complaining about the church is “taking a sledgehammer to the temple.”6

Kidder’s research points to this concept as true. “A positive, healthy attitude based on hope and faith is the number one human ingredient in church growth.”7 That is, faith-based enthusiasm for and about the church from the leaders and pastors will be the number one human ingredient for drawing in and engaging our young adults. “With the Holy Spirit we have every reason for optimism and enthusiasm for the future. Of the factors that our research study identified as contributing to church growth—including effective leadership, enthusiastic involvement of the members, utilizing the power of prayer, and inspiring and dynamic worship—none was more important than faith-based optimism.”8

They get their directions from us. Leadership is leading, being the front person to go in the direction that the rest are to follow. Every couple of months, to hold my leadership accountable, I take 12 minutes to review Captain “Sully” Sullenberger recounting his experience landing US Airways flight 1549. After striking birds on takeoff out of LaGuardia Airport, which caused the loss of all engine power on the Airbus A320, he, along with copilot Jeffrey Skiles, glided the plane into the Hudson River. All 155 people on board were rescued.

Of all the lessons that Captain Sullenberger shares, one that routinely catches my attention is when he explains, “I took an extravagant amount of time, three or four seconds, to choose my words very carefully” before communicating over the audio to the passengers about what they faced: a landing in the Hudson River. Why the delay? Because what we say matters, and how we say it is important. As Captain Sullenberger shares, “Courage can be contagious.”9 If we, or better said, when we communicate high spiritual expectations, the beauty and sacred position of the church, and the plans God has for the church, young people will catch it. Courage is contagious.

Courage is galvanizing, and our young adults are looking for a community and movement that believes in itself. Confidence in our mission and identity can lead to a revival of purpose, what Kidder might call faith-based enthusiasm, and an army of a young adult missionaries saying, “Count me in.”

Implementing evangelism in the local church

How to organize your church for evangelism

Seeking God’s heart for our community

Family and the gospel

Leading our children to Christ:

A new resource for a new world:

An interview with two ESDA editors