The currency in which we deal with the world around us is influence. Although not transactional like cash, credit, stocks, bonds, commodities, or bitcoin, influence is the most powerful of all currencies because it affects how people make their choices to do what they do. Such influence is not coercion, which bypasses free choice and thus loses any motivational power. When forced choices cease, coercion loses its power, but influence in a free environment grows, flourishes, and spreads.

The ultimate example of the triumph of influence is the case of a Carpenter who became a Teacher and Healer but was brutally executed under a totalitarian regime. When He died, He was “cut off” and had nothing (Dan. 9:26). Without any physical children, any possible line of descendants ended. He had no possessions, wealth, or institutional position. Even lacking clothes, He died naked. And yet, He is the most influential person in human history because He embodied the most powerful source of influence in the universe: the love of our Creator and Redeemer God, who is love (1 John 4:8, 16).

By humanity’s standards, Jesus of Nazareth was an utter failure. But history proves that the world was wrong. Good influence that is not of this world overcomes the world. Joseph and Daniel exemplified the same principle. The excellent influence of their godly spirit, service, and integrity countered evil influences and moved superpowers. No doubt they were highly intelligent, but it was their reliance on wisdom from God, the ultimate Genius, that gave them an overwhelming advantage over the smartest thinkers of their times.

God used Joseph and Daniel for evangelism, and He did the same with the astonishing wisdom that He gave to Solomon. The highest point in the entire history of God’s people in the Old Testament is an account of evangelism through excellence.

“Now when the queen of Sheba heard of the fame of Solomon concerning the name of the LORD, she came to test him with hard questions” (1 Kings 10:1, ESV). She came from Sheba (or Saba) in the southwestern peninsula of Arabia, now Yemen. Today, the shortest route between Yemen and Jerusalem is more than 1,800 miles. Even if the queen had a shorter route of only 1,500 miles, at 20 miles per day on a camel, her trip would have taken about two and a half months each way. How is that for motivation!

“And when she came to Solomon, she told him all that was on her mind. And Solomon answered all her questions; there was nothing hidden from the king that he could not explain to her. And when the queen of Sheba had seen all the wisdom of Solomon, the house that he had built . . . , and his burnt offerings that he offered at the house of the LORD, there was no more breath in her.

“And she said to the king, ‘The report was true that I heard in my own land of your words and of your wisdom, but I did not believe the reports until I came and my own eyes had seen it. And behold, the half was not told me. Your wisdom and prosperity surpass the report that I heard. . . . Blessed be the LORD your God, who has delighted in you and set you on the throne of Israel! Because the LORD loved Israel forever, he has made you king, that you may execute justice and righteousness’ ” (vv. 2–9, ESV).

How is that for a teacher evaluation! She did not just praise Solomon but glorified the Lord because she understood that He was the source of the king’s success. Thus, God’s influence reached far to Yemen through Solomon.

How much did the queen of Sheba value what Solomon had taught her? “Then she gave the king 120 talents of gold, and a very great quantity of spices and precious stones” (v. 10, ESV). Just the 120 talents of gold were staggeringly valuable, worth more than US$228 million at the current price of gold. How is that for voluntary tuition from one student?

The story of Solomon and the queen of Sheba was one fulfillment of the Lord’s covenant promise that He had given to Israel through Moses: “ ‘And if you faithfully obey the voice of the LORD your God, being careful to do all his commandments that I command you today, the Lord your God will set you high above all the nations of the earth. And all these blessings shall come upon you and overtake you, if you obey the voice of the LORD your God. . . .

Unfortunately, Solomon departed from God’s wisdom, and his negative influence set his nation on a downward trajectory from which it never recovered. But God’s promise of blessing for excellence that draws seekers to Himself remains. Isaiah expressed it like this:

It shall come to pass in the latter days
that the mountain of the house of the LORD
shall be established as the highest of the mountains,
and shall be lifted up above the hills;
and all the nations shall flow to it,
and many peoples shall come, and say:
“Come, let us go up to the mountain of the Lord,
to the house of the God of Jacob,
that he may teach us his ways
and that we may walk in his paths.”
For out of Zion shall go forth the law,
and the word of the LORD from Jerusalem.
He shall judge between the nations,
;and shall decide disputes for many peoples;
and they shall beat their swords into plowshares,
and their spears into pruning hooks;
nation shall not lift up sword against nation,
neither shall they learn war anymore
(Isa. 2:2–4, ESV).

If ever the world needed fulfillment of this vision, it is now. A wall outside the United Nations building in New York City quotes Isaiah 2:4. Inside that building, the shrine and headquarters of world peace, ambassadors from many nations attempt to negotiate the end of conflicts and other problems around the globe. But only full acceptance of the influence of the Prince of Peace will achieve any lasting solutions. Selfish humans have proven our inability to govern ourselves, so He is coming back soon to restore the tranquility that He designed for us in the beginning.

Christian men and women have the privilege of glorifying God through the gifts that He has given them to carry out His evangelistic mission. To all of us, here are a few pieces of advice.

First, focus on personally spreading the influence of biblical concepts as effectively and efficiently as possible. A position in the church can be a good platform from which to work. But we can exponentially expand our influence through other avenues, such as academic and social media. We may have wondered how God’s end-time messages could quickly reach the whole world, but now we see that they can go “viral” through the internet as they address the concerns that billions of people face.

Second, notice where God is working, and join Him in restoring the “priesthood of all believers” in the church. Encourage all men, women, girls, and boys to identify, develop, and use the capabilities for service that God has bestowed on them. All true Christians are to be ministers in a wide variety of ways.

Third, stay humble and rely on God, not allowing human obstacles to deter or discourage us. As God leads us to reach out in creative, and perhaps unprecedented, ways and gives us success, some people may want to limit us by keeping us within the “boxes” of their own comfort zones. Our success may threaten the egos of some. Everyone knows that competition and professional jealousy and pride are out of place in God’s work, but they can still flourish in destructive covert or subconscious ways that must be countered with humble firmness and divine wisdom. At times we may pray, “Lord, please send me an extra angel to protect me from my enemies and extra angels to protect me from my friends.”

Fourth, maintain integrity and balance in our spoken and written communications. Affirm faith in established truth, but explore fresh ways to understand it and pursue its implications. Rigorously test ideas before presenting them, making sure that they hold up to real scrutiny. Do not try to back up a priori conclusions with apologetic pseudoexegesis that may convince only those who already hold the same conclusions. We are trying to reach the world by God’s grace—we are not just preaching to the choir.

Fifth, always keep in mind that our mission is for people, not just for ideas. Biblical concepts are all about relationships, not just material for discourse. All of us can find many opportunities to enrich our understanding and strengthen our influence by networking not only with colleagues in our own faith tradition but also with others whom we meet in venues such as ministerium groups and through media. They are not just minds but whole people with real needs. Although they may seem confident and secure, they may require and deeply appreciate personal support, encouragement, and prayer as they go through difficult times in their lives.

Remember: the currency in which we deal is influence. If we fully unite with God, it will be His influence channeled through us.

Three angels’ messages for the city 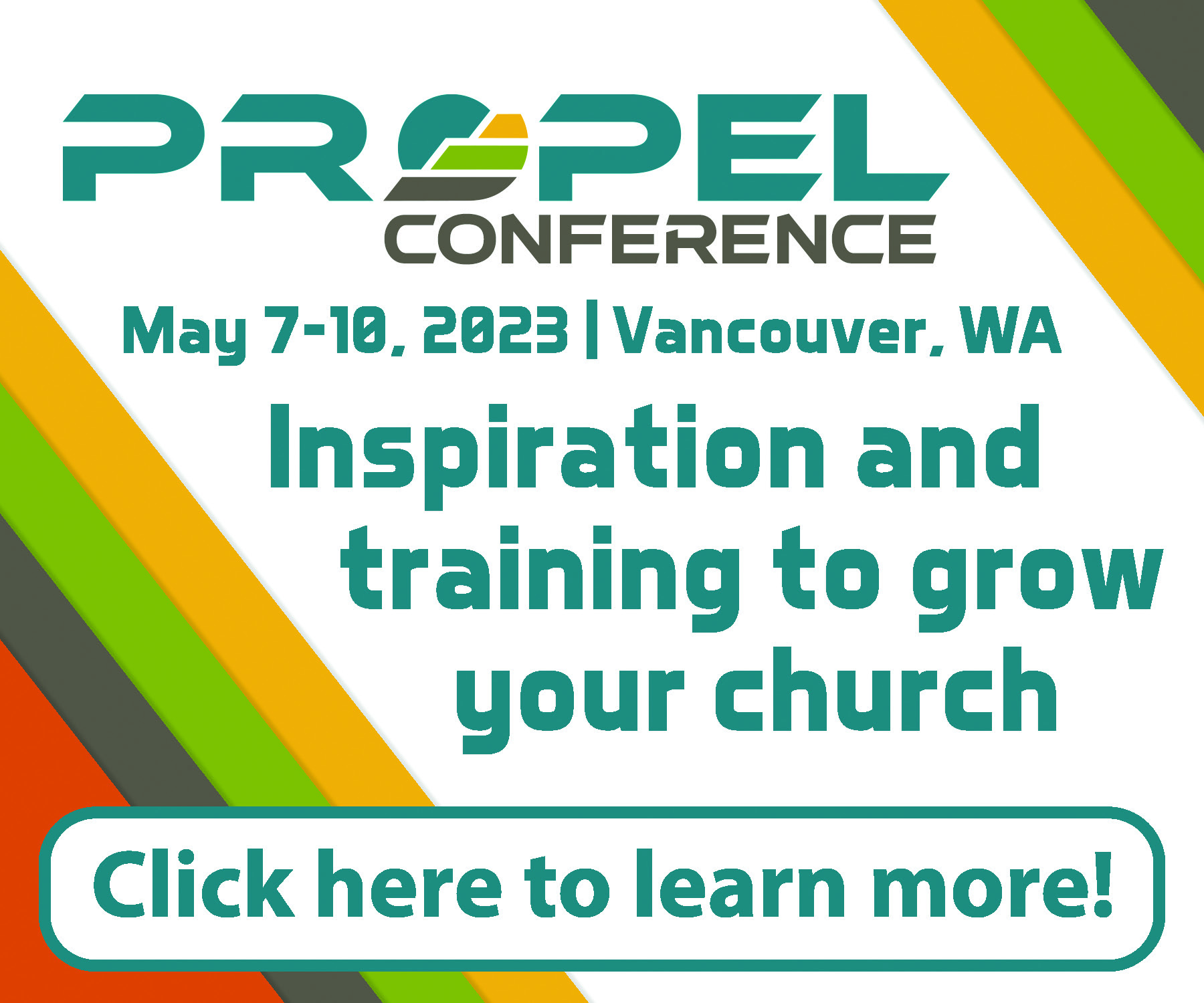