Steeped in the valleys of secularism, pluralism, relativism, humanism, intellectualism, and unbridled dictatorship, European Adventism has survived—but not unscathed. Stefan Höschele and Chigemezi Wogu have collated impressive essays from 21 contributors highlighting the missional, violent, and public service contours that Adventism on the Old Continent has encountered.

All but 3 of the 21 contributors are originally from Europe, making this a history of a people told by its people. Denis Fortin introduces the volume by noting how this minority and largely unpopular denomination has positively influenced other Christian groups, governments, and global Adventism. 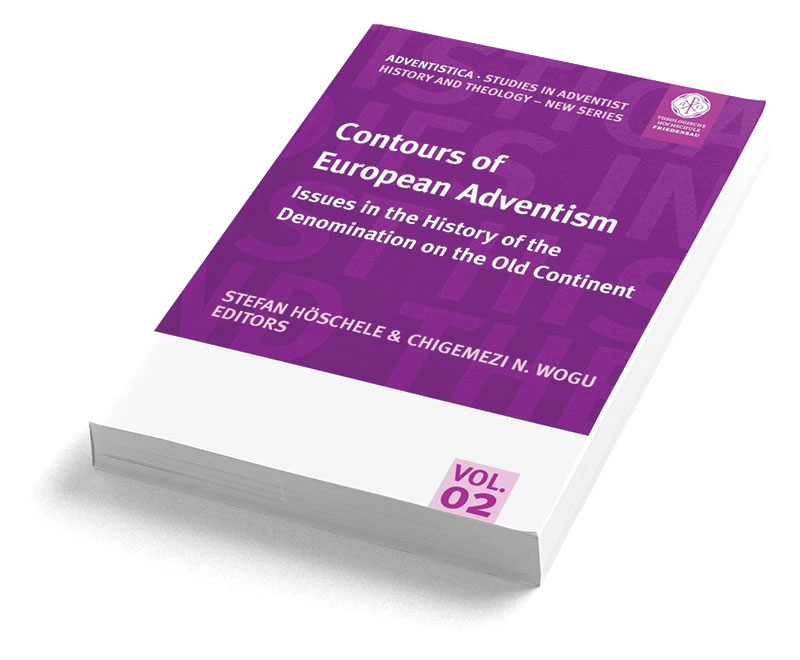 Part one thoroughly examines the triumphs and challenges of the advancement of Adventist mission in Europe. Gilbert Valentine reappraises John N. Andrews’s incipient European missionary service vis-à-vis its success and fallouts. Yvonne Öster evaluates the impact of early Scandinavian missionaries and the application of their methodological insights in contemporary contexts. Sergo Namoradze documents the dogged determination of pioneer Adventist missionary efforts in Georgia. Wogu demonstrates how some European Adventists missionaries developed their own contextual methods.

Petr Činčala advances the plausible argument that to reach the secular and unchurched in Europe, workers should employ an emergent, need-oriented lifestyle, or organic evangelistic method, especially in European territories where Adventism is experiencing declension. Ronald Lawson discusses the dynamic impact on Adventism of immigrants in England, France, and the Netherlands. Part one ends with Jón Stefánsson’s unique country-by-country study of European Adventist hymnology.

Part two reenacts the colossal violence and persecution that enveloped European Adventism. Adrian Neagu and Eugene Zaitsev recount the ordeals of Adventists in Romania during the interwar period and in the USSR during World War II, respectively. Michal Balcar and Gheorghe Modoran examine the experiences of Adventists during totalitarian regimes in Czechoslovakia and that of Romanian Adventists under the communist regime, respectively. Daniel Heinz recounts the legacies of Adventist martyrs in Europe.

In this age of unequaled emphasis on gender parity, one wonders why at least one chapter was not devoted to appraising the role women have played in European Adventism. This would have expanded the reading circle of Contours of European Adventism and served as a source of encouragement to the many European Adventist women who have faithfully supported—and led—the church. This volume may serve as a springboard for future research and documentation in the aforementioned area.

This well-researched volume is recommended unreservedly as a major reference source in the discussion of European Adventism. The editors of this irresistible piece of history deserve commendation for their painstaking contribution to Adventist history.

What the church needs to effectively evangelize the world

Out of the blocks! Inter-American Division responds to strategic plan

True or false—Giving is better than getting

Demographics and the future of the church