The world we live in and, sometimes, take for granted received an unexpected shaking from COVID-19. Things that appeared stable and established are now revealed as fragile, insecure, uncertain—as the sudden unavailability of some goods and services has shown us. The routine of buying and selling, at least as we have known it, faces a less certain future. But some aspects of the future of buying and selling are not so uncertain. Three buying-and-selling events that take on increased relevance in our world’s quickly changing economic and social situation are included in the book of Revelation in its record of revealed end-time conditions.

What are these three accounts, and is what we are going through now a precursor to what the Bible says is coming?

To begin, John devotes Revelation 18 to the fall of end-time “Babylon the Great,” a designation that literally echoes the arrogant declaration of King Nebuchadnezzar just before his God-ordained mental shutdown: “Isn’t this Babylon the Great which I have built to house my royal power and my highly-esteemed majesty?”1

About seven centuries before John’s day, the Babylonians invaded Judah and took many Hebrews captive, including Daniel and his three companions, and reduced much of the city of Jerusalem to ruins. As a result, to Hebrews, “Babylon” became the motif of a destructive power oppressing God’s people who, in turn, were symbolized by Jerusalem. When Babylon prospered, Jerusalem languished. Only with Babylon’s collapse and fall could Jerusalem revive and thrive—the biblical “tale of two cities.” This became a major motif for the Hebrew prophets.2

John reports in Revelation 18 his vision of an authoritative heavenly messenger whose arrival to the earth brings light. He hears the messenger declare, using familiar Old Testament Babylon-versus-Jerusalem imagery, good news for end-time believers: “Fallen, fallen is Babylon the Great!” (v. 2, quoting prophecies of the collapse of ancient Babylon in Isaiah 21:9 and Jeremiah 51:8). John is shown how the fall of end-time Babylon the Great opens the way for a joyful liberation of God’s end-time people (Rev. 18:4).

“No longer any buyers for our goods!”

Not everyone rejoices over the fall of end-time Babylon. It is impossible, especially in today’s changed economic conditions, to ignore this extended consumer-and-marketing imagery employed by John to describe Babylon’s fall. He reports not just once, but twice, the weeping and mourning of the earth’s merchants (vv. 11, 15) because the now-fallen “Babylon the Great” no longer buys their goods (v. 11). What had been a huge, nonstop cycle of consumption that made “the merchants of the earth rich” (v. 3) has, suddenly, collapsed.

John, in his day, was aware of Babylonia’s reputation as a major consumer. He lists 28 luxury goods that so delighted “Babylon the Great” (vv. 12, 13). His list has precious metals; fine fabrics; and furnishings and ornaments made of wood, ivory, and marble. His list then names a range of upmarket spices and foodstuffs, followed by livestock, horses, and chariots. Its final item is especially poignant: “bodies—and human beings.”3

Ancient Babylon’s fall brought on a sudden collapse of this consumption of luxury goods. Marketplaces were deserted, production was shut down, roads and canals went quiet. Will this be repeated for end-time Babylon? Is end-time Babylon, consuming Babylon, starting to fall? Are we witnessing its first major trembling in the suddenly changed economic conditions surrounding us? If so, what is the appropriate Christian response?

According to John, Christians should immediately obey the heavenly voice that urges, “Get out of her, my people! Avoid being caught up in her sins, and as a result suffering a share of her plagues!” (v. 4). One of end-time Babylon’s sins, which Christians should “get out” from, is her never-satisfied craving for both literal and symbolic luxury goods, which someday in the near future may suddenly disappear from the “Babylonian” marketplaces of this world. Christians around the world today are increasingly exposed to consumerism and must stop focusing on earthly things and focus, instead, on spiritual things.

God also urges us to participate in the “get out” proclamation! We must urgently extend this invitation to the world to come out of Babylon; this is our mission and call. Warn people of the coming crisis and show them the hope in Jesus’ soon coming; invite them to “come out.”

As in Noah’s day, the world may ridicule and mock you, but be strong! As God’s people were called to get out of Jerusalem before it was destroyed and He called them to get out of Babylon, so today God warns His people of the judgments that will soon come and invites us to pray and consider how God may be leading us regarding ministry to the cities, how to be incarnated in the city without being incarcerated in the city.

In little more than two lifetimes, the currency used for buying and selling across much of the world has undergone a drastic change. Producing and circulating coins and notes is expensive and time-consuming. And now they have become a possible medium for spreading the COVID virus, prompting a huge currency-washing operation, giving the expression laundering money a new meaning!

Having money available and controlled digitally makes it easy to block one’s ability to buy and sell—the very thing that John saw threatening end-time believers. He describes in Revelation 13 a fearsome beast emerging from the ocean that joins a beast emerging from the land. They go to work deceiving earth dwellers into giving their loyalty to the ocean beast. To help bring this about, the land beast persuades earth dwellers to make an image to the ocean beast, which is then brought to life. 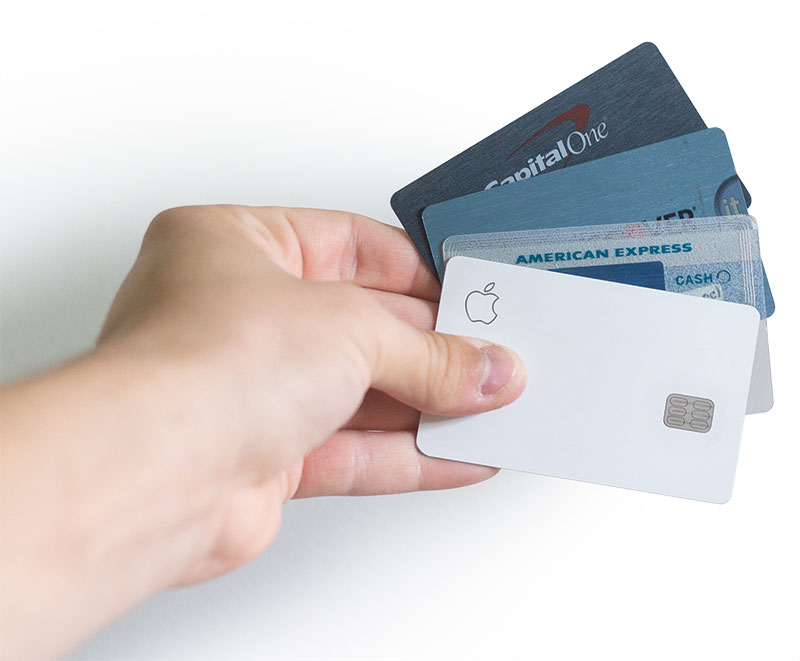 Using its power of speech, this image “makes everyone, the insignificant and the significant, the rich and the poor, the free and the slaves, that they will be empowered to give them a stamp on their hand, the right one, or on their forehead, so that no one can buy or sell except those possessing the stamp, that is, the name of the beast or the number of its name” (vv. 16, 17). John here declares that in their efforts to gain and maintain world control, the two beasts and the image will campaign to force all peoples of the world into submission. Extreme restrictions will be imposed on those who refuse to submit.

The seal of God

While the beasts and the image are busy marking their followers, God will also activate an end-time strategy for marking His servants. A heavenly messenger shouts to four angels who have been empowered to unleash destruction on the earth, “Do not damage the land or the sea or the trees until we have placed an identity mark on the servants of our God, on their foreheads” (Rev. 7:3). John is given further detail about God’s forehead ID mark: “And with Him [the Lamb] were one hundred forty-four thousand who have his name, and the name of his Father, written on their foreheads” (Rev. 14:1).

At this point, it is reasonable to ask a practical question that has increased relevance as a result of the widespread shutdowns due to the coronavirus pandemic. How can we prepare for any future, widespread disabling of our ability to buy and sell? Should we stockpile essential foodstuffs and medications? Should we retreat to isolated places on the planet, hoping to remain under the radar of the beast’s loyalty program?

John’s answer is not to buy and stockpile material goods, whether foodstuffs, toilet paper, drinking water, or medication! Nor should we prepare isolated retreats. There are, however, some absolutely essential purchases Christ says that we must make now as we prepare for the coming shutdown of our ability to buy and sell.

Christ spoke to John, exiled on the island of Patmos “because of the Word of God and the testimony of Jesus” (Rev. 1:9), directing him, “What you are seeing, write in a document and send to the seven churches” (v. 11). In the letter addressed to believers in Laodicea, Christ provides highly relevant investment advice for end-time Christians. He urges us to invest in three goods that will retain their value regardless of market turmoil and empower us to face the coming time of trouble: “I advise you to buy from me . . .” (Rev. 3:18). Christ is the only One from whom these investment products can be bought.

Before giving His investment advice, Christ explains that they need it because they have a wildly inflated estimate of the value of their current spiritual investments. “You say, I am rich, I have prospered, I don’t need anything” (v. 17). Their core spiritual defect is thus “lack of their sense of need.”4 Christ’s “reliable and true expert valuation” (paraphrasing v. 14) of their situation is brief and direct: “you just don’t realize that you are wretched, pitiable, poor, blind, and naked!” (v. 17).

Christ first urges the Laodiceans to buy from Him “gold refined by fire” (v. 18). Gold is highly valued partly because it retains its purity and market value due to its resistance to combining with other elements. The gold that Jesus offers the Laodiceans is not earthly but heavenly. Later in Revelation, John comments on the prominence of pure, transparent gold in his vision of the New Jerusalem (Rev. 21:18, 21). “This city has nothing to hide.”5 It will be possible to “see straight through” both city and residents as a result of God’s work in Christ to redeem and restore them.

Christ’s second piece of urgent investment advice is to buy a white garment in order to be appropriately dressed and avoid the shame of nakedness (Rev. 3:18b). Nakedness, shame, and fear have been linked in Scripture since the Garden of Eden.6 There, God Himself clothed the man and woman after their failure to properly clothe themselves (Gen. 3:21). White garments have a special meaning in Scripture. In John’s visions, white garments are standard for those who find favor with God (Rev. 4:4; 6:11; 7:9, 13; 19:14).

John describes the role assigned to the huge multitude standing before God’s throne in preparing their white garments—they whitened them (Greek leuchainō) by washing them in the most powerful whitening agent available to humans—the blood of the Lamb (Rev. 7:14).

Christ’s third piece of end-time investment advice is to “buy . . . my eye ointment and apply it to your eyes so you can see!” (Rev. 3:18). Much more crippling than physical blindness is spiritual blindness, especially among religious leaders. Jesus diagnosed spiritual blindness among the religious leaders of His day (Matt. 15:14; 23:16–26) and continues to diagnose blindness of end-time Christian leaders and their followers. But He also offers His own eye ointment!

In the face of these conditions, Christ urges us to buy wisely, and He holds out the only investments whose purity, quality, effectiveness, and value will not fail during the coming time of social, economic, and spiritual turmoil. Christ is already at the door, knocking, waiting (Rev. 3:20). Scripture identifies who will open the door. “Here is the patience of the saints: here are they that keep the commandments of God, and the faith of Jesus” (Rev. 14:12). The most important of life’s investments is to open the door, let Jesus in, make Him welcome, and seal the only deal that endures for time and eternity.

Seven principles of being a Tentmaker

Is it too much for you?

Coming to the party?

One chaplain, one treatment center, one world crisis