Jeffrey O. Brown, PhD, is an associate secretary of the General Conference Ministerial Association and the associate editor of Ministry.

I don’t know how it happened. In fact, I have no memory of it. I was just a toddler, but my eldest brother Eric tells me that, some decades ago, the television cameras came to our street in Birmingham, England. Indeed, not just to our street—but to our very house. You see, Norman Manley, the first premier of Jamaica, was concerned about integration and wanted to see an immigrant family who had settled well into the host society. Somehow, our family was chosen.

Mom says we were the only black family on our street, and the neighbors next door didn’t speak to us. But when those neighbors heard that the premier of Jamaica was coming, they told their girls, “Go on over to the Brown’s house!” So, we grew up with a photograph on our mantelpiece of the premier of Jamaica sitting in our living room, on our sofa. 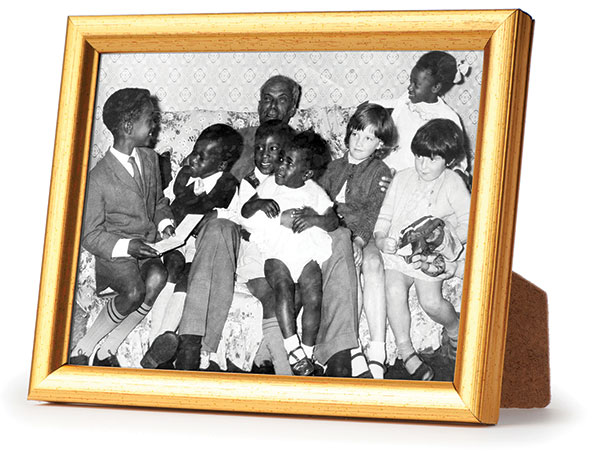 The person on the premier’s lap was little me. The person on my lap was my little sister, Jacynth. Today, my sister and I are both church leaders. And the two girls from next door? We are friends to this day. When a leader shows concern—it helps.

Headquartered in Great Britain, the Trans-European Division recently showed concern to its constituents:

“We recognize unconscious bias, ignorance, prejudice, human fears, resentments, and suspicions have affected the Church, most specifically within the British Union Conference. . . .

“While we cannot re-write history, as leaders of the Trans-European Division, we acknowledge that actions were taken that were not in harmony with God’s ideal. We apologize for the failures of the Church in this regard. . . .

“While our apology is from the heart, we recognize that an apology is not enough. We must work vigorously and intentionally to eradicate any traces of prejudice and intolerance that continue to exist.”1

Thank you, church leaders, for having the courage of your convictions. This is not the first time that leaders in our church have issued an apology.2 It may not be the last. For some, these apologies are met with skepticism; for others, they are greeted with hope. For some, they evoke tears of pain; for others, they elicit tears of joy. But apologies, accompanied by structural change, are much appreciated.3

When the Lake Union Conference issued their apology in 2015, the Lake Union Herald editor Gary Burns wrote: “I dug up an old paper I wrote in 1974 for an independent study at what is now Washington Adventist University. As I read through ‘The Seventh-day Adventist Church and Racial Equality,’ I was surprised when I realized that not much has changed since 1974. We have a long way to go. Maybe this edition of the Herald will help.”4

comments powered by Disqus
Jeffrey O. Brown, PhD, is an associate secretary of the General Conference Ministerial Association and the associate editor of Ministry.

​I am a child of the Most High