When the City Sidewalk Evangelism (CSE) project rolled out in New York City, evangelists Haram Kim and Angel Smith, from the Seventh-day Adventist Theological Seminary at Andrews University, could be found playing Ping-Pong with strangers, eating at restaurants with newfound friends, striking up conversations while exercising at a public gym, playing basketball, or strolling through a park.1 One might think they were taking a break or enjoying a day off, but it was sidewalk evangelism in action, intentional and incarnational.2

City Sidewalk Evangelism3 was designed to engage young people in total immersion urban ministry, creating a learning experience that will embed the urgency and importance of Christ’s great love for people and the everlasting gospel (Rev. 14:6) into the hearts and minds of future pastors and church leaders. CSE provides one more way to present this message of the three angels specifically to large urban populations, a top priority as the population continues to shift from rural to urban areas.4

The phrase sidewalk or street evangelism may conjure up images of an evangelist preaching at a busy street corner, oblivious to the needs or interests of the crowd or passersby. But by following Christ’s method, CSE takes street evangelism beyond the initial contact.

“It’s relevant for our young people today,” E. Douglas Venn, director of the General Conference of Seventh-day Adventists Global Mission Urban Center and Mission to the Cities initiative, observes, “because when they get out on the streets . . . , they see firsthand how this message affects people’s lives. That’s something you can’t teach in a classroom or learn from a sermon.”

The premise is simple. Working with a participating pastor and local church or church plant in an urban locale, evangelists commit to a short-term engagement. Using Christ’s method, they spend two weeks seeking out those interested in studying the three angels’ messages of Revelation 14, then study with them for two weeks using Mark Finley’s Three Cosmic Messages Bible study guide, or one with similar content. Evangelists introduce their Bible study interests to the local pastor and church members and the next set of evangelists to ensure that the discipling process continues when they leave.

Kim and Smith, the seminary students from Andrews University, implemented the following five principles as they navigated the pilot project for CSE.

1. Prepare. Corporate and individual prayer is the foundation for every step of CSE. Local pastor, church planter, and CSE mentor Wayne Jamel matter-of-factly told the evangelists at the end of each weekly coaching session, “We pray and go.”

In preparing to share with people of any age or background, both evangelists studied the three angels’ messages thoroughly and creatively. Kim spent part of his CSE experience studying and reviewing the three angels’ messages Bible studies, knowing he would meet educated young adults from many different faith backgrounds in Midtown Manhattan where he was stationed. Smith worked creatively to modify the Bible study guide into a two-week online evangelistic series for youth, complete with games, to reach a group of local non-Adventist young people.

2. Begin with Christ's incarnational method. Kim and Smith learned experientially that Christ’s method is the best answer to every one of their evangelism dilemmas. Kim, who describes himself as shy, struggled with ways to approach strangers. After much prayer and mentoring from Wayne Jamel, Kim started connecting with people over games of Ping-Pong in the park and other purely divine encounters, mingling with people, and taking part in their daily activities, just as Christ did.

Smith, stationed in a residential area of Queens, thought she could make the most contacts by going door to door, using skills she had learned from years of literature evangelism. But as she prayed, she sensed God had a different plan. She, too, changed to a more incarnational method, mingling with people while playing basketball and exercising at a public gym. She also joined the local sponsoring Adventist church when members performed music in a park, mixing with the onlookers and engaging them in conversation. This created opportunities for natural encounters with people that could be developed into authentic relationships.

3. Continue with Christ's relational method. Kim and Smith developed friendships with those they met by sharing meals at restaurants, listening, and sympathizing, just as Christ did. This gave them opportunities to invite their new acquaintances to Bible studies and offer God’s answers to their questions and difficulties. Beyond the CSE framework of two weeks of inviting and two weeks of studying, they also offered Bible studies when people were ready and showed interest and they had gained their confidence. Kim once shared an entire Bible study on Daniel 2 with a gentleman during their first conversation. He was so thirsty for spiritual knowledge that Kim studied the Three Cosmic Messages Bible study guide with him for the next three days.

Smith developed a friendship with a young non-Christian woman who had never been exposed to religions other than her own. “Although I never once conducted a formal Bible study with her,” Smith said, “I shared with her more Bible truths in conversation than I would teach a regular Bible study contact.”

4. Adapt your methods. This could mean adjusting a small detail in your approach. When Kim started out, he approached people by asking whether he could pray for them but met with little success. Even if they accepted his offer, once he finished praying, he found little opportunity to establish a relationship and invite them to a Bible study. So he changed his initial approach: offering prayer after he become acquainted with them.

Adapting your methods might mean rethinking your entire evangelism plan. As Smith pondered the great needs of the people and the opportunities that came from eating and exercising with people and listening to them, she concluded, “We need to be planting centers of influence first, with vegetarian cafés and restaurants, gyms and exercise centers, mental health clinics, and more. The churches will follow.”

5. Allow yourself to be changed. Before CSE, Kim enjoyed living in the quiet, rural town surrounding Andrews University. For him, cities were only centers of worldliness, places to avoid. But during CSE, his heart was touched by the needs of the millions of people who live or work in New York City and the overwhelming realization that God loves them all. Now he invites others to participate in urban mission—he is no longer shy or hesitant to approach people! His goal is to work full time in urban ministry when he graduates, perhaps in the 10/40 Window.

In CSE’s pilot project in New York City, God blessed Kim and Smith with both quantitative and qualitative success. Before they returned to Andrews University, Kim and Smith gave over 50 contacts to local pastors and church members for follow-up. Smith conducted two online evangelistic series—one for non-Adventist young people and one for adults. At the conclusion of the series, every one of the young people expressed an interest in baptism, and the Sabbath School teachers at the local Adventist church are following up with them. Despite their busy academic schedules, both Kim and Smith keep in touch with several people they have introduced to Jesus and the three angels’ messages, extending their friendship for spiritual and emotional support.

The goal of CSE is to send evangelists to 100 cities worldwide, sharing the three angels’ messages around the globe while developing evangelists and leaders who will not soon forget the urgent needs of large urban populations and Christ’s method for reaching them.

“God has designed a cosmic plan by which every person on the planet will have the chance to hear the good news and accept His plan of salvation. This is through His people. City Sidewalk Evangelism is an amazing opportunity to preach the three angels’ messages and introduce people to Jesus in the cities,” explains Ramon J. Canals, ministerial secretary of the Ministerial Association of the General Conference of Seventh-day Adventists.

Do you want to be on the cutting edge of God’s end-time mission, sharing the three angels’ messages of Revelation 14 with the world? Are you sensing the need to sharpen or develop your urban ministry skills? Then perhaps City Sidewalk Evangelism is for you.5 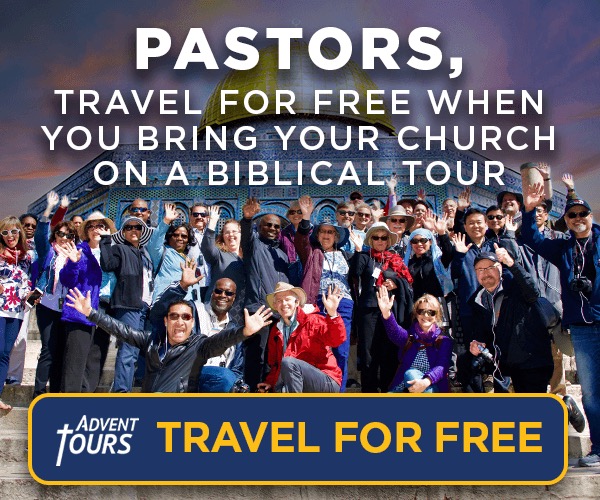